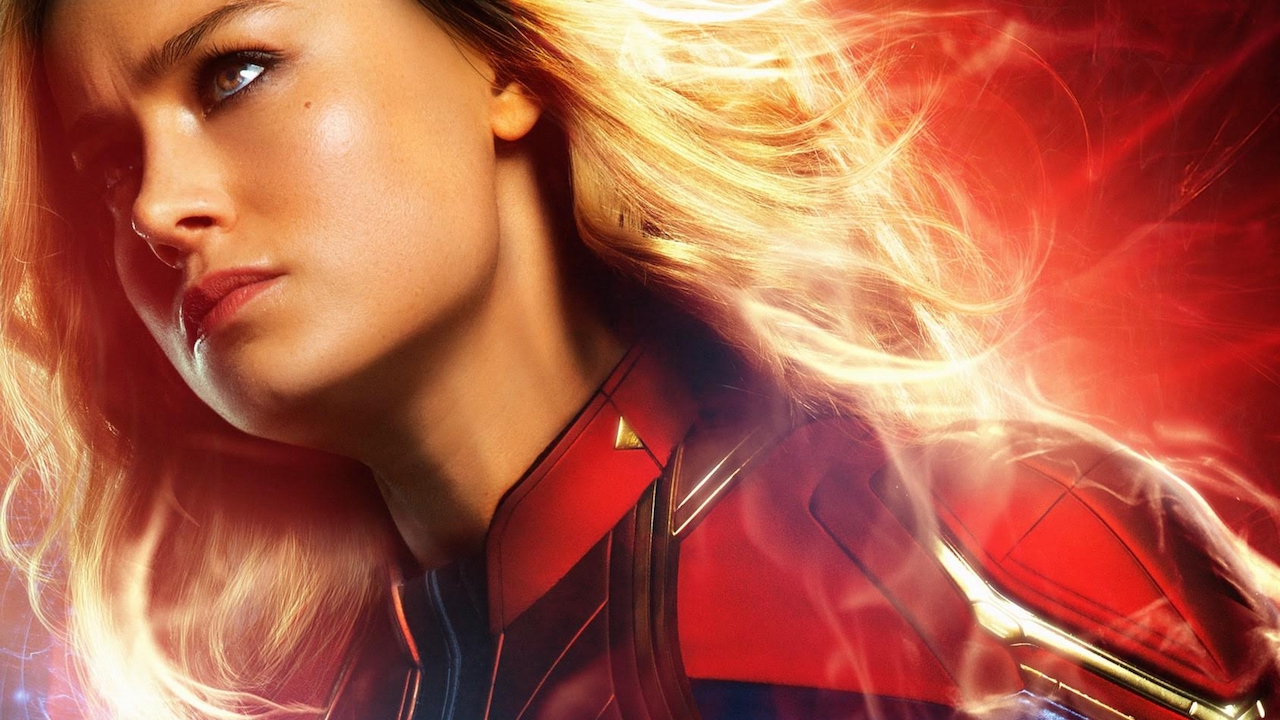 …Another week goes by and another superhero movie dominates the now familiar entertainment-media-as-political-commentary conversation.

We could use this opportunity to discuss the political-commentary-as-advertising trend and then segue nicely into the somewhat underhanded framing of “conspicuous consumption” as a form of activism for the modern era. We could get fist-deep in the stank about Brie Larson pointing out how not all movies are made for white dudes and the problem some people have with seeing a strong woman on the screen.

But this isn’t Vox or Salon or HuffPo or Breitbart or Tumblr, this is Bullshido, so today we’re going to talk about something that is actually relevant to seeing actually-strong women on the screen:

Waif Washing /verb / – The casting of scrawny and often uncoordinated/unathletic actresses in parts where a more athletic woman would create a more believable on-screen presence.

Unless you’re just in the most bulimic form of denial, you know you’ve seen it. Frankly, there’s only so many supposed superheroines that look decidedly un-super that one can take. Maybe you’re like me and fight off making a grimace when a 5’3”, 105 lb. actress delivers a threatening line with the stone-cold seriousness of a professional killer and all the menace of a soccer mom who got whole milk instead of soy at Starbucks.

Waif-Washing as a phenomenon isn’t but compared to all the other issues of how women are misrepresented in the media, maybe it’s finally time to bring a little attention to it.

As much as Hollywood seems to like the idea of giving us badass female characters it’s rare for them to prioritize athletic credibility over conventional attractiveness. Adding insult to injury, film-makers often compound the problem of waif-washed casting by having their tough-girl actors overact their supposed toughness, as if obnoxious bluster compensates for muscle mass or bone density, and it seems to rarely play out well. In the absence of the physical screen presence a more athletically-capable actress might bring to the role, the audience is asked to accept that a snarky attitude is the hallmark of a strong female character. Rarely is the character given the development that would help demonstrate these attributes, particularly in the fight choreography where laws of physics are often suspended with no other reason than to allow the woman to win the fight.

This is not to say that tough women have not been done right in , they certainly have. If you want to see example number one I refer you to Linda Hamilton’s portrayal of Sarah Connor in Terminator 2.

The first moment the audience sees Linda Hamilton she has the bed in her cell flipped up onto its side and she’s doing chin-ups off it. She’s disheveled, her hair is a mess, sweat is dripping down her forehead and she’s breathing hard with exertion as she cranks out repetitions. Hamilton is impressively muscular but not overly so. She sports the lean, functional musculature of an athlete or soldier.

As we get to know the woman she became in the years since the story in the first Terminator film, we see her demonstrate her resourcefulness, intelligence, and resolve. We have no trouble accepting her as a one-woman wrecking ball. Never does she seem as though she has to sell us on her capabilities, she’s just hard. The actress and the character mesh perfectly and allow us to have a seamless viewing experience: we buy it without thinking about it.

Sure, all things considered, superhero movies are even less-realistic than SciFi flicks, especially ones about artificial intelligence trying to wipe us out. But the fact that Buffy Summers or Carol Danvers get their powers from more than sheer grit and training doesn’t excuse the responsibility Hollywood has to represent women with enhanced physical abilities to actually look like they’re capable of using them. Actors that play male action heroes are almost always expected to look the part. Peter Parker has always been the stereotypical nerd who got pushed into lockers, but his spider powers came with human muscle; every single one of the actors who’ve played the character had solid muscle tone and at least appeared physically capable of some of their feats.

So why doesn’t Hollywood extend the same expectation to supposedly equal, if not stronger female superheroes?

Some might argue that Hollywood is only showing us the reflection of the audience and its desires (in particular, thirsty dudes), that they’re trying to make a profit at the end of the day, and would rather cast someone they think will sell more tickets because she has less muscle. And if that was the only reason, if they were open and honest about that, it would be fair; crappy, but fair

But the problem is that Hollywood itself likes to have it both ways. Studios, producers, directors, and even actors all make noise about being social trailblazers, about supporting diversity and being inclusive and body positivity; while out the other side of their mouth telling central casting to stick to a list of actresses who’ve visibly never had a protein shake much less taken a solid punch to the face.

Good films can not only inspire us as but they can influence society. Like it or not, all of us to some degree or another take cues from our onscreen heroes and this effect is not to be underestimated, especially in the absence of any real heroes these days. Having worked as a children’s martial arts instructor I can attest that around the time any movie featuring martial arts hits theaters we see an influx of young people looking to be more like their heroes.

Having worked as a children’s martial arts instructor I can attest that around the time any movie featuring martial arts hits theaters we see an influx of young people looking to be more like their heroes.

It’s time to acknowledge that on-screen heroes could better be used to inspire women and girls to want to feel fit and athletic. Why should we be held to the same scrawny aesthetic of the damsel-in-distress character trope, itself a relic of a bygone era?