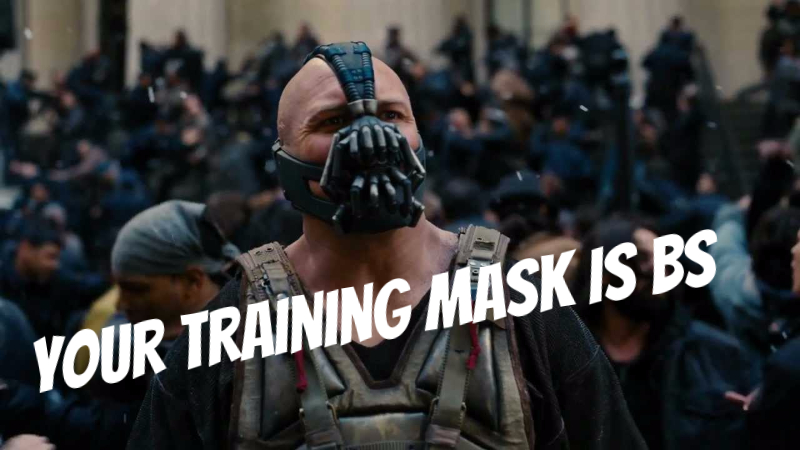 We get it, you want to look like Bane. You want everyone else at the gym to think to themselves “gee, that guy’s training so much harder than me”. Or maybe you just want to simulate the conditions of training at high altitude to increase your athletic performance.

Unfortunately for you, none of those things are happening when you wear a training mask.

According to a study released recently, aside from making you uncomfortable (and look like a tool), there’s little difference between wearing a mask and just working out a little harder.

“The training mask examined in this study did provide for respiratory muscle training (RMT) and cause hypoxemia when it was worn during endurance exercise. Importantly, the magnitude of hypoxemia was much less than what occurs at terrestrial altitude, and there was virtually no difference between the two altitude resistance mask configurations that were tested. However, just because something can be used does not mean that it should be. Reductions in sustained exercise tolerance and maximal exercise capacity would reduce training quality and negatively impact endurance exercise performance. The training mask caused inadequate hyperventilation that led to arterial hypoxemia and psychological discomfort, but the magnitude of these responses were small and they did not vary across mask configurations”.

So if you want to cosplay as a Mexican luchador with a hatred of Batman, by all means, jump feet first into the training mask fad. But if you want to improve your athletic performance, just train harder.