What do you do when your athletic career is over and you’re lining up a new career in politics?

Well obviously, you start pandering to the religious hardliners for easy votes.

In an interview with Filipino television, the former champion expressed his views on homosexuality and faith:

“It’s common sense. Do you see animals mating with the same sex? Animals are better because they can distinguish male from female. If men mate with men and women mate with women, they are worse than animals.”

Pacquiao, apparently, was not aware that something said in the media anywhere, is something said everywhere. And while the Philippines are still a largely conservative, religious nation, there was plenty of outrage both abroad and at home, over his statement

“I’m sorry for comparing homosexuals to animals. Please forgive me for those I’ve hurt.”

Pacquiao went on to say that he wasn’t condemning homosexuals, he was just standing by his conservative Christian faith. 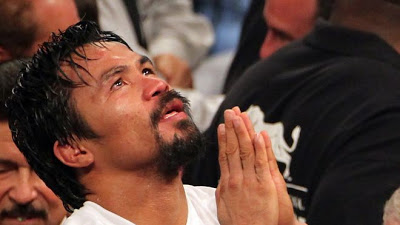 “I love you all with the love of the Lord. I am praying for you.”

While there is not a lot of overlap between Boxing and the LBGT communities, Pacquiao is enough of a celebrity that his voice has influence over enough people to concern activists struggling for civil rights in the developing world.

Ladies and Gentlemen, your douchebag of the hour: Manny Pacquiao.

The Oregon physician who bragged about not wearing masks in his office is no longer a physician in Oregon.

There are a lot of opinions floating around about Kyle Rittenhouse and his actions. Normally when we have an emotionally charged series of events like those surrounding young Mister Rittenhouse, the first and most immediate of these opinions can be quickly parsed into a few easy categories.

Unless you have carefully curated your feeds and friends lists, your participation on Social Media has probably exposed you to more mental pathogens than...
Facebook
Instagram
RSS
Twitter