A Tale of Two Knees: Growth and Family

A few weeks ago we shared a video of two high schoolers participating in the hallowed tradition of kids slapping at each other on our Facebook page. Usually it ends with two kids who awkwardly try to hug each other aggressively, but in the video we posted a girl, Cassandra Chastain, displayed a solid understanding of grappling and technique. The video starts in the middle of the fight showing Chastain dropping a bully with a variance of an outside foot sweep (De Ashi harai, for the master race) and during the scramble gets a few knees in before beating Usain Bolt for the world record 200 meter dash leaving the faculty in the dust chasing after her. The amateur videographer, Jason Olhava, who declined an interview was able to point us in the right direction to get a hold of Chastain.

Every news outlet gave us an impression that Cassandra was just some “at-risk” kid who attacked an upper-middle class student for giggles. But a few of us aren’t dumb. Some of you might be thinking, “Sirc, it’s been like 2 weeks, that’s basically a million years ago now. Why do you even care?”

WELL GUESS WHAT KIDDOS, WE GOT AN EXCLUSIVE INTERVIEW WITH HER. SO SHUT UP. BUCKLE IN AND GET READY FOR THE AMERICAN DREAM TRAIN. CHOO CHOO! 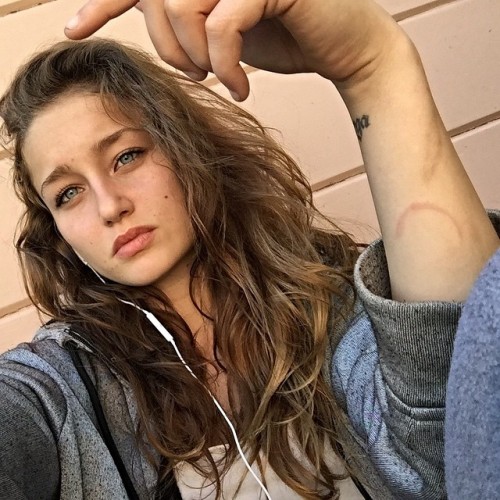 This fight started almost 20 years ago. Cassandra began her fight right out of the womb, born into an impoverished family in Vacaville, CA. Cassandra’s story is one of growth, fighting and family. Shortly after being born, she was thrown into the AMAZING foster family system in California where children are regularly abused, molested, starved and generally poorly taken care of, Chastain’s life was no different, she didn’t know her biological family and was, by her own account, having to push against the world on her own. She was neglected at home, made into a typical latchkey kid, all the children in the home raising each other. This recipe almost always creates the perfect storm for failure and a bad lot in life. Like many kids in the system she was pawned off to other adults to take care of them.

“My foster dad and mom lied to my father and got him to give me up because ‘I would have a better life with them.’ My foster mom allowed me to see my dad and keep my last name. But when I was 6 my foster mom was diagnosed with lung cancer and died 3 months later. After she died my foster dad, who is a narcissistic alcoholic, completely shut my biological father out of my life and changed my last name so he couldn’t find me. When I was in the 8th grade my biological dad found me on facebook but my foster dad found out and deleted my social media accounts.”

The constant conflict and instability lead her to a rough upbringing and Chastain found herself getting into fights with neighborhood kids throughout her life. And trust me here at Bullshido, the delicious irony that a 17-year old girl has infinitely more Reality Based Self-Defense experience than any other similarly named program is not lost on us. 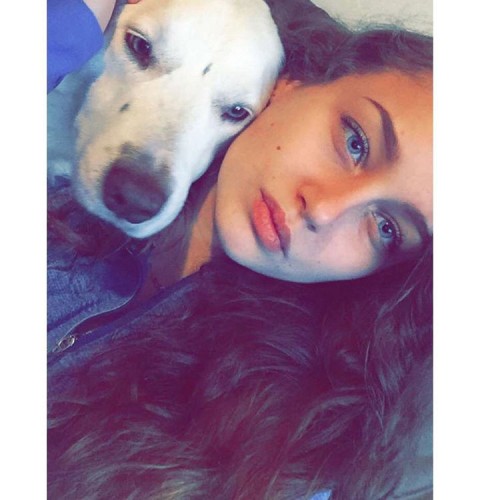 “My best friend Quiera and her family took me in as one of their own in Elementary School and taught me how to defend myself. These people are straight out of LA and Vallejo, they don’t fuck around. I remember me and quiera would have so many people thinking we were actually fighting as kids, but it was just her teaching me new moves to take down bigger people.”

And like many fighters and people who grew up in such a chaotic environment called home, she found stability in Martial Arts.

“Since I was the only girl in the house and my foster dad worked all the time he wanted me to be able to protect myself outside the house. So he put me in Karate and mixed martial arts and I trained at Ramtown Karate in Dixon for about 4-5 years.  They taught me most everything I know; including the knees. Those were always my favorite.” She told Bullshido with a slight laugh. “It was the only place I felt peace and was able to learn discipline and self control. My foster father lacked to teach me those. It basically gave me an adult vibe that I never felt at home and a place where I felt completely safe and was able to learn lifelong skills since my foster dad was always drunk off his ass or working.” 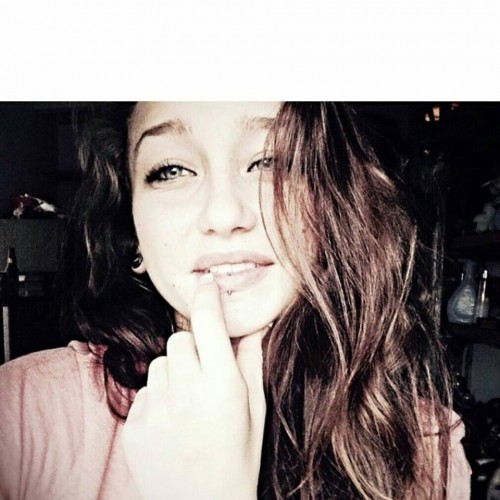 But a chance move to Sonoma gave her the kick start that she needed to turn her life around and for the first time in 12 years she was not only able to see her biological father and brother, she was able to recover all of the lost credits and was looking forward to graduating High-School and building a platform for self-confidence.

“I learned boxing at the Duke’s Sports Center for about a year during my freshman year and started playing Rugby. I ended up moving in with my foster sister in Sonoma and turned my life around. I caught up on all of my credits and I was getting A’s, B’s, and C’s for once in a few years and now in my senior year I’m fully on track to graduate. I already have plans and placement tests to do for College. I got another report card and I posted it on Facebook saying, ‘See who said you can’t be successful?’ and then this guy from our neighboring High School commented, ‘That school’s hella easy. You guys don’t even do real work. You guys are just a bunch of disabled kids who get graded on drawing. You guys don’t even get real diplomas and have no chance at universities.”

That was the spark that brought us the academy award winning filmography of the fight that happened at Sonoma Valley High School. What happened before the video starts is really what was in question. Angel Tapia’s friends all say that she attacked him out of nowhere, but a video that had been quickly taken down showed a student, Tapia, throwing food and water at Cassandra. This is Chastain’s version of the events that lead to the fight:

“I noticed the kid was sitting on a bench next to our school with his friends and some were pointing and some were laughing at me so I walked over and I confront him and asked why was he talking shit about me and he replies ‘I’m not talking shit, bitch.’ So I slap him for disrespecting me because the way I was raised, you get a lot worse if you disrespected someone. And then his friend Angel pushes me and I grab him off of me and slap him. Then he throws his food at me, so I slap him again. I then tried to walk away but he stopped me and squared up with me.  So I put my hands up and said, ‘What the fuck are you going to do?’  Then he grabs a water bottle and sprays me in the face and all over my new dress.” 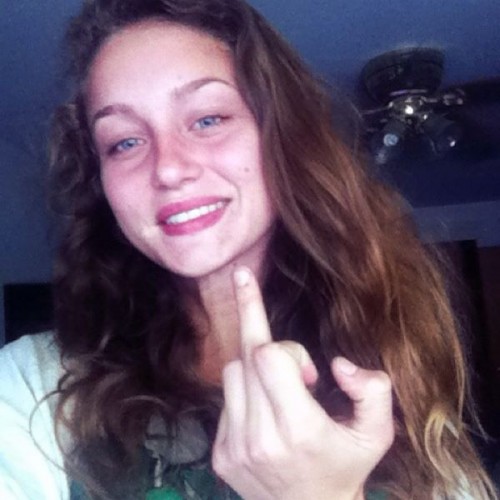 The rest? That’s now a part of the Lore of Internet History. But what about Chastain? What happened to her afterwards? Her version of things goes as follows:

“That night happened my principal called and said I was suspended for 5 days. I didn’t know it went viral until the next day when I woke up and everyone was tagging me in videos that had up to a million views. It was crazy because none of my friends recorded the fight. Only his friends did. So that just shows who your real friends are. But since it went viral the Sonoma Police Chief was pressured to make them punish me for defending myself but the school cop was on my side and risked his job helped me to get the least amount of punishment but most likely it’s community service.”

The aftermath online hasn’t been that bad either. As she described it to us, she doesn’t use her real name on Facebook. However, that didn’t stop Tapia’s ADULT PARENTS from threatening a 17 year old child.

“His parents messaged me through Facebook saying ‘wassup g this is Angels dad i know who you are.’ Like… cool. Are you trying to intimidate me? I definitely see where your son gets his attitude from.”

So what happens now? What does this at-risk student who will OBVIOUSLY become a hardened criminal go from here? What with grown adults threatening her, the entire internet being on fire about her and Men’s Rights Activists and Trump Supporters probably saying something about how if this were a man there’d be no justice and generally being on the receiving end of internet hate, what does someone dealing with all that have for her future plans?

“My plans for the future are to first get my degree as a Wildlife Veterinarian. But I’ll still be training. Probably try to find a Muy Thai gym or a personal BJJ trainer. And I might try for the UFC while working on my degree or after I finish school. I can’t make any promises.” 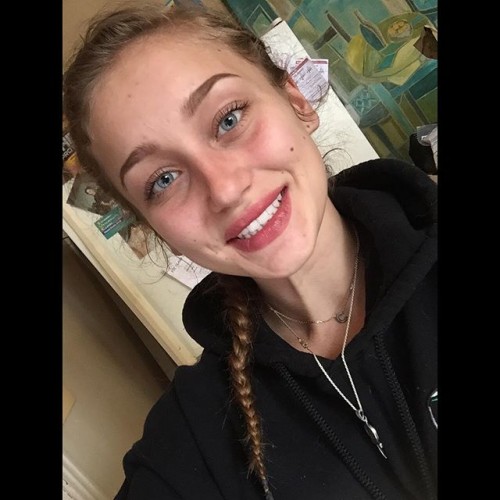 What a time to be alive, folks. When in history could a foster kid have been born and forged in the system only to be come out hard on the other side, then be etched into the annals of Internet Lore and still be given the opportunity to decide between becoming a veterinarian OR UFC fighter? Amazing.

Previous articleYour Training Mask is BS
Next articleCurls: Why Do Any Other Lift?