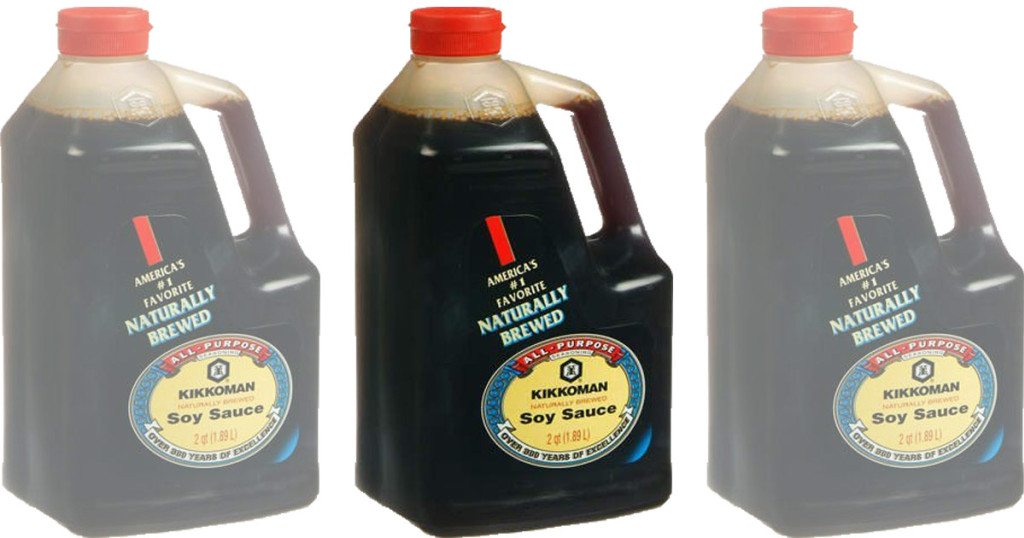 Yes, we did not go for the obvious joke that she was already brain dead to attempt this in the first place. Wanna fight about it?

Let’s start with some basic facts about soy sauce:

One serving (a tablespoon, although people tend to use a lot more), has almost half of the daily requirement of a day’s worth of Sodium (2000 mg). A large bottle of soy sauce has over a hundred servings.

Hell, here, see for yourself:

This woman drank a 1L bottle of it. In two hours.

You do the math.

Your brain and nervous system love sodium, that’s one of the reasons why we crave salty food. It’s essential to basic neurological signalling. But here’s the thing: many of our ancestors didn’t always have a steady, easily available supply of it in the form of salts. So like with other taste functions, the appreciation for salty food was a functional drive to satisfy key nutrients, even if they didn’t understand nutrition (hell, most people these days don’t understand nutrition even with smart phones and 24 hour access to the internet).

But those ancestral drives for salt, sugar, fat, etc. aren’t exactly helpful in today’s modern world where they’re all available with minimal effort—hunting and gathering from a vending machine or from your driver’s side window. If you get too much sugar, you’ll eventually develop Type II Diabetes. Too much fat is associated with all sorts of nasty stuff. And if you get too much sodium, your brain fucking shuts down after all the water is sucked out of it.

Regardless, this isn’t a case where the woman’s craving for salt came into play, it was a case of falling victim to a ridiculous dietary trend of “cleansing”.

If you’re a regular here you know that the concept of “cleansing” your body is virtually always bullshit, especially when it comes to people promoting fad diets that are unsupported by published, peer-reviewed research, triple-especially when they use the word “toxins” in their sales pitch.

But what’s even worse in this case is that according to the source for this case, the “Soy Sauce Cleanse” was a straight-up hoax, like the “charge your iPhone in the Microwave” one that went around a while back, only slightly more murder-y.

People actually fell for the above hoax, because of course they did. There’s no barrier for entry to get on the Internet and read something that—if you take seriously—will ruin your life. Hell, certain news outlets actually rely on that as a business model.

It goes without saying that there’s a vast moral chasm between getting some rube to ruin their consumer electronics (keeping them off the Internet for a while, giving us all a break), and tricking them into killing themselves.

Some of our resident nihilists might argue that there’s little difference between the two, especially with regards to keeping idiots off the Internet. But those are not the kind of people that get invited to parties or allowed within 50′ of children.