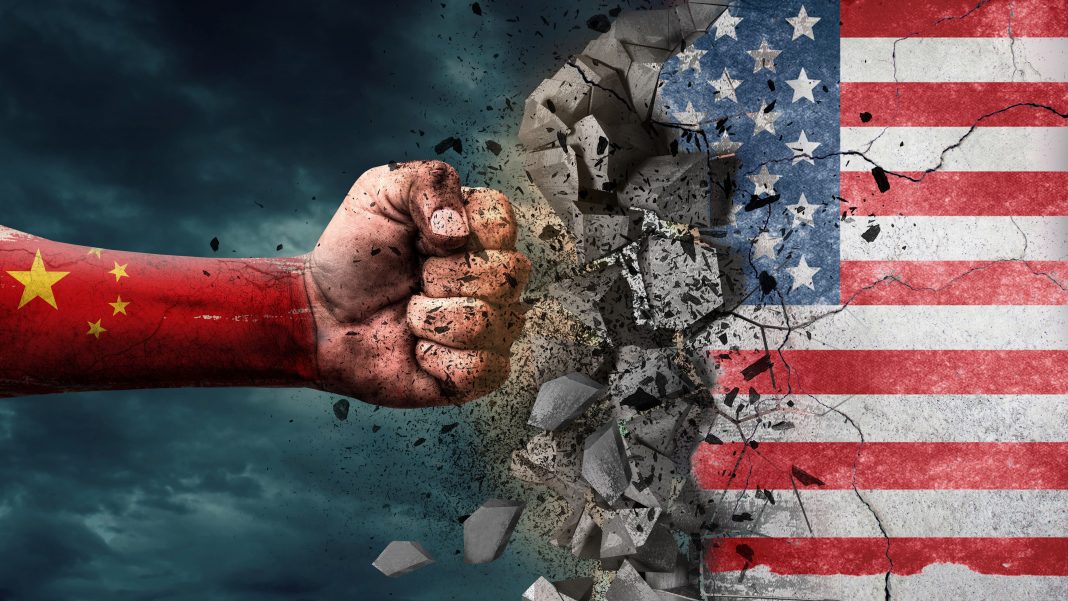 On a continuum of what is true, narratives tend to lie on the end opposite facts. The grander the narrative, the stronger this effect seems to be, as the purpose of a narrative is to inculcate people with a simplified, nuance-free view of something—often for the purposes of nudging or even outright controlling the behavior of those who subscribe to it. That’s a whole mess of words to explain the fact that the more grandiose a story is, the larger the pile of bullshit it is built upon.

Consequently, pesky stuff like “objective reality” and its accompanying facts tend to poke enough holes in narratives as to sink them faster than the Lusitania, which upsets the people who are trying to exploit such zealotry for their own ends; like starting wars, or economically colonizing third-world countries.

Narratives and nuance are natural enemies.

Nationalism, as a political movement, runs the gamut of only-slightly-concerning—like that uncle of yours who spends ALL of his vacations in Thailand—to, on the other end… you know… that whole “Hitler” thing. But one of the key attributes of nationalist thought is that it requires belief in narratives—both grand and trivial—but always centered on the superiority of said nation over others. Most people in our audience—especially in the past few years—are likely to associate the term with the preceding modifier “white”. But the good news is that nationalism, ethno- or otherwise, is certainly not limited those of our American neighbors who see 23andMe as a dating service.

You know who else has a problem with nationalism? China.

To be clear, we’re not going to delve into either American or Chinese nationalism in any depth beyond the consequences of the latter, because by now we’re pretty familiar with the consequences of the former. But we couldn’t get to the substance of this piece without making it clear that shameless flag-humping is far from an exclusively-American phenomenon limited to people whose 4X4 tire height is 8σ above their IQ.

While you probably recognize the poster to American Sniper, you may not be aware of “Wolf Warrior“. It’s not a perfect parallel beyond the posters since Wolf Warrior is completely fictional whereas the story of Chris Kyle is true…ish, sorta. This is beside the point though, because the common thread is sewn into the flappy bit of cloth in the foreground.

If you’re bored, feel free to watch the film and note the similarities between it and American movies of the same genre. We all had better things to do here, so I asked Matt Foster, a film critic with The Nighthawks Podcast, for his take on it:

“Fuck off Phrost, I’m not watching that crap just to pad your article.”

Anyway, you can find the movie for yourself somewhere and watch it with subtitles; or if you’re Australian, go ahead and learn Putonghua since you’ll need it eventually anyway. In the present and immediate future, however, it is important to maintain an active awareness of two things:

The idea we’ve been dragging you by the earlobe towards this entire time if you haven’t already put it together by now (which you have, because if you were stupid you would have stopped reading at that abomination of a second sentence), is that people like our core audience who prefer to seek out an evidence-based understanding of the world are a threat to any political ideology which relies on idealized narratives. And in countries like China where these narratives are interwoven into thousands of years of history with threads of mysticism and superhuman prowess virtually inseparable from cultural pride, questioning these things can be an act of subversion against the state.

So-called “Traditional Chinese Medicine” is perhaps the best example of this. Any culture spanning thousands of years like China (and let’s face it, there aren’t many of them like China), is out of necessity going to have a rich history of folk remedies that predate modern science and more rigorous empirical verification of efficacy. And to be fair, some of them might actually work for their intended purpose, if only inconsistently and in wildly-varying degrees given the imprecise manner in which therapeutic dosages are administered—it’s not like some guy with a cabinet filled with ground yak penis is monitoring peak and trough serum levels or measuring a steady state concentration of the dose.

But instead of relegating such practices to the past and remembering them fondly as a legacy of their ancient culture, the Chinese government has deliberately integrated such into its medical literature and practices. Indeed, the modern incarnation of the field is to some extent mostly a product of efforts by Mao Tse Tung as a part of the Cultural Revolution. Acupuncture, perhaps the most recognizable form of TCM, is widely-known within the (non-quack) medical community as little better than placebo despite many disingenuous attempts to p-hack it into credibility. Nonetheless, the Chinese government and its loyalists, have successfully applied pressure to the World Health Organization to include it in operating guidelines giving it a false cover of legitimacy.

Aside from the catastrophic effects on wildlife resulting in nonsensical beliefs that ground rhino horn works like Viagra for flaccid Chinese dudes, of course the broader concern is when people turn to “alternative” instead of legitimate forms of medicine, resulting in deaths that could have been avoided—such as what happened to Apple co-founder Steve Jobs.

The case of Xu Xiaodong is yet another example of this. The “Mad Dog” MMA fighter achieved international notoriety by challenging highly respected Chinese traditional martial artists to provide evidence for their grandiose claims of fighting prowess, and then promptly beating all of their asses. Here’s one of the events, for your enjoyment:

For his heroic efforts to cut through the bullshit that these silk-robed con-artists have been selling to the public, Xiaodong has had his social credit score reduced by the Chinese government to the point where he cannot fly on airlines, stay at certain hotels, or travel by any means other than bus. Nonetheless, he persists in his efforts, which if he had a family and children, would impact their lives as well based on how the PRC’s social credit score system works.

While there are official legal reasons (excuses/justifications) for these consequences, what is evident to everyone who isn’t an uncritical apologist of this system is that real reason Xiaodong has been sanctioned is not for the black eyes he has given the practitioners of ridiculously ineffective fighting styles, but the black eye he has given to the narrative of traditional Chinese martial arts superiority, by using an ostensibly “Western” fighting style.

Martial arts are central to Chinese identity in many respects. Reasonable arguments can be made that the Bruce Lee himself, along with the explosion of popularity of Kung Fu movies in the 70’s, helped raise the profile of Chinese culture in the Western world. The films certainly increased the mystique if not status of Chinese immigrants who had, for the most part, previous lived in insular communities in major cities in the United States. And as we’ve already observed, while anything which reduces xenophobia and out-group fear can be considered a net positive, such things are not without their value for the exact opposite purpose. The intersecting agendas can create strange bedfellows as legitimate concerns about anti-immigrant racism sometimes often serve the same interests as those who promote nationalism in their own countries.

Indeed, highlighting the racism in Western countries as an integral part of capitalist economic systems as opposed to communist, was a popular tactic used by the Soviet Union throughout most of the cold war. China itself, even recently, has cynically decried racism in the United States while conducting a campaign that can not-unfairly be described as genocide against the Uighur people within its borders.

Self-aware purveyors of bullshit—unlike those who are either legitimately incapable of discerning reality or those for which the incentives for denying it are greater than the consequences—are perpetually on guard against potential sources of scrutiny against the narratives they spin. And when this takes place at the level of geopolitics for the highest stakes imaginable, such scrutiny of narratives serving the national interest is, of course, considered a threat to the state itself; especially when “the state” is misrepresented as those who are entrenched into positions of power within it and the line is deliberately blurred between the two. Bullshit is rarely stacked only one layer high, and when a nuclear power—any nuclear power—employs it as a central portion of both their domestic and foreign policy, things can get ugly.

The Punch Line (brought to you by Kool-Aid)

Like any group of people who are willing to uncritically accept absurdities, the believers in both “traditional Chinese medicine” and the superiority of fighting styles that avoid full-contact sparring are, ultimately, rubes that serve the interests of bad-faith actors who exploit their lack of sophistication, critical thinking, and willingness to exchange belief in a narrative for membership in a group. When this takes place at the national level this is called Nationalism.

And we all know what happens when people are willing to believe absurdities.

(If you skipped to the end, “Voltaire” isn’t a type of candle, FYI.)