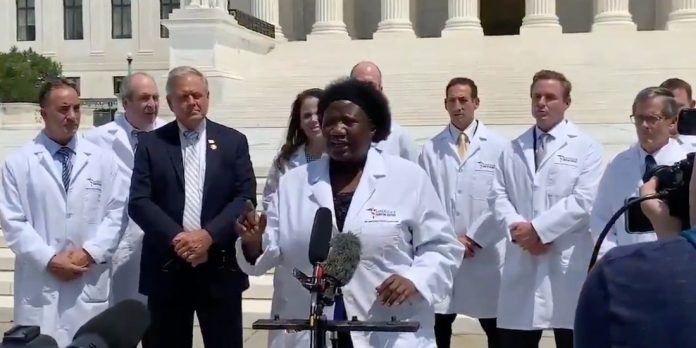 Simple people need simple answers to an infinitely complex world—even if on some level they know those answers are bullshit.

But before you haughtily throw your head back to look down your nose at those people, check yourself a bit. We know our audience is smart, even if some haven’t had the fortune or inclination to pursue the upper rungs of the education system. But as science and technology expand the boundaries of human knowledge at an exponential rate, even the most brilliant natural polymath who shuts themselves in a basement and injects academic papers straight into their eyeballs is still going to be a simpleton in thousands of areas; especially those that require direct, hands-on knowledge.

This is why we rely on experts, people who have focused a substantial portion of their lives on understanding a specific domain of knowledge. The further into the pursuit of genuine expertise one goes, the more specific and less-broadly-applicable that expertise becomes. Human beings simply don’t live long enough to be experts in every subject area the modern world demands expertise in, and most have to settle for rudimentary, basic competence in as many of them as they can manage—which, frankly, isn’t enough.

As we all know, the smarter you are, the less likely you are to assume your grasp of every subject is on par with the experts of those subjects. A little bit of epistemic humility goes a long way toward a more objective grasp of reality.

Experts: The More, The Better… Right?

Let’s talk about Stochastic Effects. The more you have of literally anything—even ostensibly good things—the more likely it is that some of those things are going to be terrible. There are random elements affecting every outcome that even the best system will never be able to account for, and the more outcomes you have, the greater the chance you have for some really freakin’ bad ones.

Where are we going with this, you ask?

Well if you didn’t completely misread the point of this article’s cover photo because you’re a Critical Race Theorist and look at everything from society to someone’s choice of breakfast cereals through that lens, you’ve already guessed.

We’re not going to hold it against you if you misunderstood the intent of the term, after all, disparities in social and economic status is an important topic of discussion and the media has been giving it a lot of exposure lately. But we’re not talking about those kinds of minorities; at least not in this piece. Sorry.

We’re talking about, for example, the minority of physicians that believe in baffling batshit like gynecological problems are caused by dream sex with demons, or that alien DNA is used in medications, or something a bit more pedestrian like Evolution is fake.

Let’s take a short and completely uncharitable look at the numbers: There are over a million registered physicians in the United States1. Also in the United States, it is estimated that one in four people have a mental health condition that can be diagnosed by the DSM-V2. Yes, drawing this correlation is a total dick move, especially since we have a serious problem with the stigma of pursuing mental health and seeking therapy where necessary. But a reasonable case can be made that part of that problem includes a view of the world that is divergent from reality; whether willingly nurtured by individuals as a means of coping with the modern pace of social changes, or by being vulnerable to others inducing such a state through a lack of critical thinking skills and therefore being victimized into a worldview that is harmful to their best interests.

If you’re a bad-faith actor looking to provide “expert” commentary to support your bullshit argument, you’re going to want to take full advantage of both types of people. And all you have to do to accomplish this, is to carefully select all the rotten nuts from the bottom of the expert barrel, and place them at the top for your victims—willing and unwitting—to see.

The above tweet represents an attempt at this kind of bullshit tactic. The so-called “Great Barrington Declaration” cherry/nut-picked a coterie of whack-a-doos on the fringes of medicine to support a disastrously dangerous approach to the Covid-19 pandemic.

Perhaps the most notable example of this sort of thing was from a couple decades ago when the religious right pushed creationism into American classrooms by assembling their own fundamentalist avengers against rational thinking to assert that not all scientists support Evolution. This, hilariously resulted in Project Steve, which dropped a reverse Uno card on that nonsense by collecting more scientists named “Steve” who supported Evolution than all of the nuts the creationists picked.

A magnified minority is a type of bullshit in which a group of people on the fringes of an area of expertise is gathered to disingenuously misrepresent or undermine the consensus of that field. It serves to both muddy the waters for people who are wholly unequipped to know the difference between the quality of experts and the subject matter in general, and to bolster belief among those who are actively pursuing confirmation bias for their desired beliefs irrespective of the actual consensus.