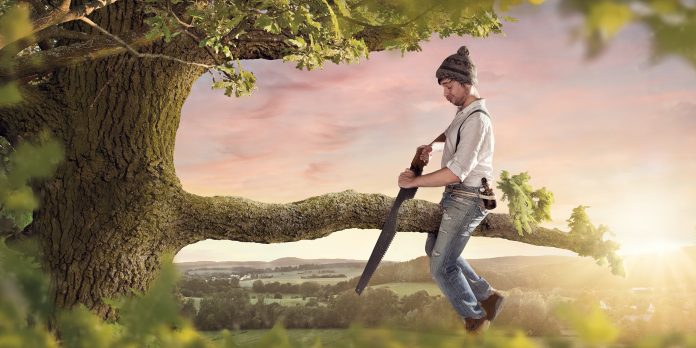 No, you’re not seeing a misprint or typo. But good on you for not not missing that.

If you’ve never even read the abstract from David Dunning and Justin Kruger’s “Unskilled and Unaware of it” but still insist on referring to the Dunning-Kruger Effect to try and dunk on someone, there’s a good chance you fall under its purview.

Or in simpler terms: if the shoe fits, don’t eat it.

WTF is the Dunning-Kruger Effect?

Aww you know what, fuck it, here’s the actual abstract:

Now that you’ve read the abstract, you may or may not be less-dumb, but at least you’re better than an assload% of the people who whip out a reference to the Dunning-Kruger effect in an argument on Facebook, as if it’s just another way of calling someone dumb. More importantly, intelligence notwithstanding, you’re less-ignorant. And in some respects that’s vastly more important of a character attribute than any ascribed to intelligence.

That’s right, being ignorant isn’t a crime. It’s not even a vice a lot of the time considering the overwhelming amount of information generated on a daily basis—the number of things you don’t know, and will never know, grows as the seconds tick by. The trick—especially when it comes to social media—is to know when you’re ignorant, and shutting the hell up on the topic until you’re up to speed on it.

Look, we get it, the culture war is always escalating and you need better weapons to fight it—regardless of whether you’re on the side of forward progress, or on the side of dragging our species back into the trees to fear the darkness and fling shit at each other. But if you really want to call someone stupid, just fucking call them stupid. There are a lot of great ways to do this, created a long time ago specifically to address the situation you’re probably dealing with right now. Use one of them instead. Trying to make yourself look like some sort of galaxy brain using an academic term you don’t have the best grasp on is only going to backfire and make you look dumber than the idiot you’re arguing with.

Kruger, J., & Dunning, D. (1999).Unskilled and unaware of it: how difficulties in recognizing one’s own incompetence lead to inflated self-assessments. Journal of personality and social psychology, 77(6), 1121

The Fundamental Attribution Error of Fitness