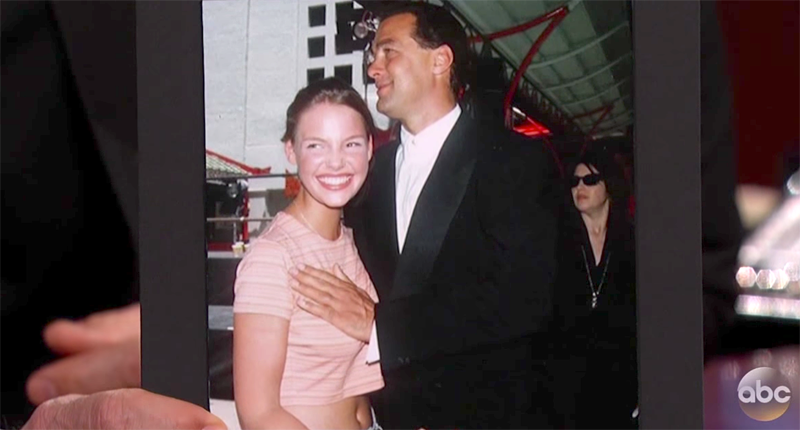 Bullshido does not do celebrity news, which is fortunate because neither of these people are actual celebrities any more.

And for regular readers of our articles, you’ll be familiar with both Jenny McCarthy and Steven Seagal as peddlers of bullshit in their own rights. So it makes for a bit of popcorn-munching schadenfreude when two assholes like these go at each other.

Or at least it would, if the allegations weren’t serious.

In the wake of the Harvey Weinstein scandal and the #MeToo movement, people are coming forward in large numbers to recount their experiences of sexual harassment or worse, at the hands of powerful Hollywood celebrities. Strange as it may sound to someone who didn’t live through the 1980’s, at one point this description could be applied to Steven Seagal; and so could–allegedly*–this behavior.

Former Playboy model and advocate against vaccination Jenny McCarthy’s story with Seagal goes back to 1995 when she was auditioning for a role in Under Siege 2: Dark Territory. The actor instructed McCarthy to take off her dress because the movie contained nudity.

McCarthy says she responded “no, there’s not, or I wouldn’t be here right now. The pages are right in front of me. There’s no nudity.” At which point Seagal insisted she remove her dress.

“I just started crying and said, ‘Rent my [Playboy] video, you a**hole!’ and ran out to the car. I’m closing my car door and he grabs me and says, ‘Don’t you ever tell anybody.’ He won’t sue me or say anything because he knows it’s true.”

Seagal was most recently in the news for–despite renouncing his United States citizenship–criticizing NFL players for a lack of patriotism.

The accusation from McCarthy originally surfaced in 1998. However, more recently Katherine Heigel recounted her experience on the Jimmy Kimmel show as a 16 year-old actress, calling for help to fend off Seagal. (This occurred on the set of the same movie for which McCarthy had auditioned.)

Lisa Guerrero, correspondent for Inside Edition also accuses Seagal of impropriety, while auditioning for a lead role in one of his films. As she told Newsweek when she arrived at Seagal’s home for a casting call, he appeared in only a silk bathrobe.

“When I read about Harvey Weinstein, the reports of him appearing in a robe triggered me. That’s exactly what Steven Seagal did. I found out later that he was notorious for this.”

She went on to describe how she was later invited back to his house for a “private rehersal”, and on turning it down was given the role of “blonde beauty” instead of the lead.

Steven Segal no longer resides in the United States, so should there be any legal recourse for these or related allegations against the former actor, it’s essentially a moot point. Regardless, despite our efforts over the years to explain to people how the Martial Arts abilities on which he based his acting career are on par with his dramatic ability, the former star still commands the admiration of a significant, albeit cognitively challenged base of fans.

So like Gene Lebell did–allegedly*–we’re going to keep squeezing until the shit eventually comes out.