The tradition of gathering with people you’re biologically-obligated to give a crap about is upon us. But this year, given the never-before-seen levels of absurdity in politics and the shrieking outrage on both sides of the culture war, sitting down and dumping gravy on all your problems isn’t an option.

For the past few decades, Bullshido has established itself as a community dedicated to helping people fight BS in the world, from spotting fake news and pseudoscience, to arming you with the weapons needed to cut through that BS. And so, of course, you could expect us to tackle this topic from the same perspective, and help you win an argument with some of your not-so-loved-ones at the Thanksgiving table.

But nah, we’re not going to do that.

If you really are hoping for that kind of piece because you’re a well-adjusted person who is genuinely looking forward to sharing the day with your friends and family, PolitiFact has one on How to Fact Check your Family on Thanksgiving, and it’s much more reasonable and considered than anything that follows from this point on.

As we’ve noted in the past, you’re more than likely never going to change the opinions of people who have their personal identity wrapped up in those opinions, because on a neurological level their brains can’t tell the difference and an attack on their views is processed the same as an attack on them, personally. So have you considered, just for a moment, simply punching them?

Every family situation is unique, so we won’t lower ourselves to referencing tropes or stereotypes here. Sure, you probably have an alcoholic uncle or two. Your father-in-law probably watches Fox News with his pants around his ankles and a raging hate-rection, and at least one sibling or cousin or random +1 college freshman has gone Full-Woke and won’t even put ass-to-chair before having already calculated everyone’s individual Privilege Quotient with their newfound Intersectional Calculus skills.

This might not have been a problem in previous years, but with everything going on in the world now, anyone who’s paid any attention to it has completely depleted their reserves of patience and every veneer of politeness has more cracks in it than that overcooked turkey you’re about to be served. (Thanks, Karen.)

But don’t fear, here’s the “one simple solution” to all your problems!

Be Polite, Be Courteous, Be Able to Kick Every Ass in the Room

Think about it for a second. What’s the absolute worst immediate consequence of a Thanksgiving day family argument spiraling out of control?

If your immediate answer wasn’t “violence”, then congratulations on being born into a television sitcom family. For everyone else, if you’re being honest with yourselves, no matter how unlikely the prospect of a heated argument coming to blows may be, it’s not out of the realm of possibility. And of course, that would be the worst-case scenario by just about anyone’s standards.

HOWEVER-big-fuckin’-comma, if you’re capable of kicking everyone’s ass—from your senile Aunt Gertrude who still thinks we’re fighting the Soviets (and is accidentally not so wrong about that, as it happens), to your cousin Kyle who “rolled coal” all the way down your street before parking in the front yard—you can breathe a small sigh of relief. Why? Because in that worst-case scenario, you’d not only be perfectly okay, you’re the one who’d come out on top.

From a psychological perspective, anything that happens in this scenario is within your ability to control. So worrying about who might say what is just a waste of your energy. To be clear, we’re not arguing you should kick anyone’s ass. But knowing you have the ability to do so puts what’s called the “locus of control” within you, rather than in others. And while the concept proposed by psychologist Julian Rotter isn’t generally applied in the context of being able to monkey-stomp people, much less your own family, it is nonetheless strongly correlated with decreased levels of stress and all-around general well-being. And what would provide a greater sense of well-being than knowing that if you wanted to drag Kyle out of your house by the TruckNutz for dropping an N-bomb, there isn’t a damn thing he could do to stop you? 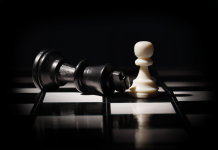 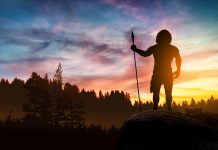 Crawl Out of Your Cave 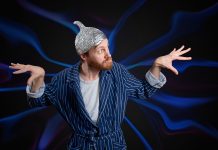 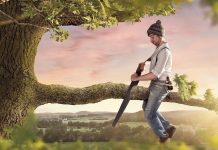 The Fundamental Attribution Error of Fitness