Home News How to Argue Like a Badass, Not a Dumbass

And if you want to get better at both arguing, and ultimately coming closer to knowing what is actually true rather than what you want to believe is true, you stop giving a shit whether or not you “win” the argument, and start caring more about who’s actually correct.

But that’s the rub: most people’s egos are so fragile that they’re abjectly terrified someone else will even contradict them, much less disprove what they have to say. So they resort to rhetorical tricks, logical fallacies, gish galloping through forums and social media with shitposts like an incontinent racehorse headed towards a patch of carrots—those carrots, of course being “Likes” from someone on their “side” of the debate.

That’s because for people who are both morally, and cognitively weak, it’s a difficult temptation to resist, especially when sites like Facebook are deliberately set up to encourage that kind of of thumb-based behavioral reinforcement by in-group signalling for approval.

You’re not like those losers though, you, the person reading this. Right?

Pause your brain. Freeze on the exact thought you’re having right now: the fact that seeing Trump’s face in the middle of the article almost certainly prompted some emotional reaction in you—be it disgust, or tingles in your naughty bits, whatever—proves that you’re just as prone to irrational nonsense as everyone else.

Sorry for the interruption, but we had to call bullshit on you too. Because as a regular reader of Bullshido, you really are more likely to understand the problem we’re dealing with, and consequently, more likely to help us spread the ideas to the rest of the world, and maybe even help us reduce the level of stupidity in it for everyone’s benefit.

Also, as a regular reader, you’re most likely that rare combination of critical thinking, high motivation, and huge fucking nerd. Not this guy:

So we’ll use an analogy you’ll understand:

[If you don’t know who Goku is the argument we’re making isn’t going to work as well, so since we already have your click, go make up for your stunted childhood and watch DBZ in a locked room where no one can judge you. We’ll still be here]

You’re familiar with the “Strawman” argument/fallacy—basically, pretending your opponent is saying one thing that’s easy to refute, and attacking that. It’s more common on the internet than pornography, and a huge pain in the ass for everyone.

The worst thing about a strawman argument is that it shuts down any productive communication so that nothing gets resolved, nobody walks away having learned anything, nobody is closer to the truth. Nothing changes; which really should be the point of arguing in the first place, assuming you really are one of those highly-driven critical thinkers we like around here.

And if you really are one of us, you don’t wade into arguments trying to impress others by signalling your virtue, looking for validation, or for some cringey, infantile kick of annoying the other person (no, U mad bro?). You argue for the same reasons you lift heavier weights, or spar with stronger people. You argue because you’re trying to get that much closer to empirical truth yourself, and hopefully, drag the other motherfucker along with you.

It’s one thing to spar with someone you completely outclass. Big deal, you’re better than they are. You goddamn well should be. Or even worse, to go 100% with someone who’s injured or asks you to go light. When you train for your ego rather than your skills, you might as well have not shown up in the first place.

So what would Goku do?

He’d want to fight his opponent at his strongest.

The exact opposite of the Strawman is the Steelman. Yes, like Colossus. Sort of.

Think about it this way, if you’re going to have a battle royal of fictional characters, Colossus would totally fucking wreck the Scarecrow from The Wizard of Oz. (I mean, so would just about anyone with a Zippo). You too, should want to fight Colossus, rather than derpy bag of hay. So, the point is that…

You want to argue against the BEST version of the point your opponent is trying to make. That’s it. That’s the “one simple trick”. Keep in mind, we said “simple”, not “easy”.

You want to argue against the BEST version of the point your opponent is trying to make.

Here’s an example: you’re in an argument on a contentious subject… let’s say for the sake of avoiding offending anyone, it’s about arming transgender illegal immigrant fetuses with assault weapons. For our purposes, you’re going to take the con side of the argument, but we understand if that might be a stretch, so bear with us.

Instead of saying: “So you want to ensure more obstetricians die in delivery room shootings!?”

You respond more like: “So what you’re saying is that all human beings, even the unborn—which we haven’t established yet the point at which life starts, but I will grant you that for now so I can get your point—have a right to self defense, especially given their minority status, unconnected with their service in a militia. Is this correct?

Again we said, this is simple, but not easy. It’s actually really effing difficult, because you’re now carrying most of the weight of the argument on your own shoulders, effectively doubling your effort. TB;GG.

Most people don’t have the cognitive, or character strength to use the steelman in their arguments. But then again, most arguments on the Internet are garbage.

But you’re not garbage, right? You’re made of fucking steel. 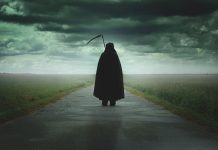 How to Spot a BS Argument #2: Ergo Decedo