Home BS ATHLETES AT RISK: The Evolution of Abuse of Power

Editor’s note: Pronouns and adjectives in some areas of this article are in the feminine for the sake of simplicity. It’s important to note that both men and women are victims of sexual abuse and misconduct.

Second in a 5-part series

Several decades ago, the National Women’s Martial Arts Federation challenged the “stranger danger” trend of self-defense instruction in the United States, recognizing that perpetrators are statistically more likely someone the target already knows rather than a creepy guy on the street.

According to a Centers for Disease Control and Prevention (CDC) study released in 2014, 45.4 percent of victims were assaulted by people they knew.

Young and vulnerable USA Taekwondo (USAT) athletes have lacked that knowledge, and the results have had decades-long, tragic consequences.

From conversations with former and current Olympic Taekwondo athletes, coaches, and referees and from victim reports submitted to Congressional staffers, a familiar pattern has emerged—a playbook for predators.

Here’s how reporting athletes describe the evolution of abuse:

A talented athlete—oftentimes a minor female—wins a medal in a national tournament. A high-profile coach tells her that she has the potential to go to the Olympics, and he offers to train her. He promises her parents to take care of her, and to even hire a chaperone.

The parents and the athlete are excited. This has been the goal and dream for many years.

“You and your parents are offered this great training opportunity,” said an Olympic veteran, who requested anonymity. “Can you imagine? Who wouldn’t want this opportunity?”

The athlete leaves home to train hundreds of miles from home without parental supervision. She enrolls at a high school in the area.

The U.S. Center for SafeSport says that grooming begins “when an offender seeks out a vulnerable (athlete) who has emotional, familial or social voids in their life.”

According to SafeSport’s Sexual Misconduct Awareness and Education training module, “Trust and power are inherent to the coach-athlete relationship: The coach is in a position of authority, instructing the athlete. The athlete trusts that their coach has their best interests at heart. When a coach misuses trust and power, athletes are more vulnerable to abuse and misconduct.”

Now far away from home, the athlete ultimately quits school to focus all energy and effort on the dream of going to the Olympics. All self-esteem comes from being a good fighter.

“[Coach] singled me out between practices, and gave me lots of positive attention,” said a former USAT National Team member. “It really made me feel good that a coach actually was seeing my potential as an athlete.”

“He told me how great I was and that he cared about me,” another athlete said. “I felt special.”

“I felt like I could trust him,” yet another athlete said.

“Later (the coach)…talked to me about sex and his sex life,” one woman said. She was 15 when she began living at the U.S. Olympic Training Center in Colorado Springs, Colo. “I didn’t even really know what sex was at this time.”

“He told me about his sex life and the sex problems he was having with his girlfriend,” she added.

The athletes oftentimes don’t stop the conversation or voice that they’re uncomfortable talking about sex. They fear making the coach mad and getting kicked off the team.

“Many athletes don’t tell (about misconduct) because they’re embarrassed,” SafeSport officials point out in one of the organization’s training modules. “They may think it’s their fault. They also don’t want to jeopardize their chances of going to future competitions, of being an Olympic athlete, or of receiving scholarship money or their spot on a team.”

On competition trips, the coach invites the athlete to his hotel room to discuss the next day’s competition strategy, or to give a sport massage.

“I thought we were going to talk about…furthering my athletic career,” one woman said. “Instead he grabbed me and threw me on the bed.”

“He tried to kiss me in a hotel room, but someone walked in,” one athlete said.

The athlete feels conflicted. The coach has done so much for her career.

At after-competition parties, the coach would “grope me and squeeze my breast and butt,” one athlete said in a witness statement to Congress. “It was always ‘okay’ because he was drunk.”

The next day, the athlete said, “he told me he was drunk and apologized, and asked me not to tell anyone.”

Sometimes abuse is a one-time event. Far too often, abuse recurs. The athlete doesn’t report the incidents. Sometimes she blames herself for letting it happen.

“I was in shock and embarrassed,” one athlete recalled.

“I was too afraid to tell anyone what happened,” another said.

“I suspected everyone around me knew something was going on,” a former athlete replied. “No one intervened.”

One woman summarized all the reporting athletes’ concerns: “I didn’t want to lose a spot on the team—something for which I’d worked so hard.”

Many remained silent for a variety of reasons, including fear, intimidation, and ostracism.

When the athlete comes forward, she oftentimes isn’t believed—in effect being re-victimized.

The sports organization hesitates to penalize well-respected coaches or popular athletes who win championships and medals. When the organization attempts to penalize perpetrators, it is threatened with lawsuits. The complaint stalls. No action is taken.

The reporting athlete is ostracized by the Taekwondo community.

“One teammate…said she couldn’t help (me),” an athlete remembered. “She’d been warned that her athletes wouldn’t make any team if she helped me.”

“(The executive director) warned me not to say anything—that I’d ruin (the coach’s) career.”

The reporting athlete is bullied; her reputation is trashed.

“I was quickly labeled a troublemaker,” one athlete said.

The athlete becomes discouraged and repeatedly traumatized every time she sees the coach at tournaments, continuing to enjoy the privileges of a powerful position.

She gives up. She not only stops talking, but she quits the sport—sans high school education and Olympic dream—and quietly disappears from the world stage in the prime of her career.

“All I wanted was to be a professional athlete and go to the Olympics,” one woman said. “I didn’t mind training hard. I prided myself on being tough. Instead, I was abused repeatedly by those I trusted the most.” 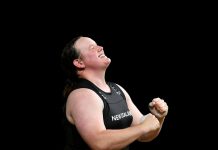 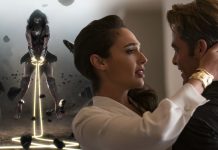 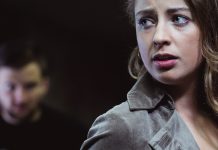 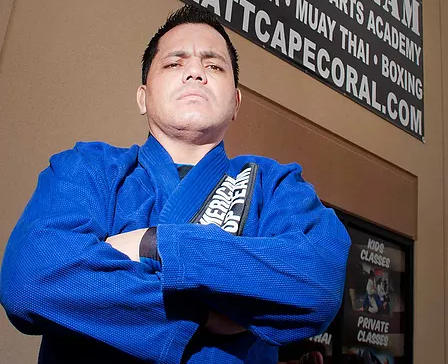 ATHLETES AT RISK: Time to Hold Abusers and Enablers Accountable