Third in a 5-part series

Yudit Sidikman was 12 years old when a sexual relationship began with her temple’s cantor. It lasted until she was 18.

“I didn’t call it rape until I was the mother of a 12-year-old,” said the co-founder of El Halev, an Israel-based nonprofit dedicated to empowering others through martial arts and self-defense training.

Today the veteran judo black belt leads Empowerment Self-Defense Global, a fledgling group with an evidence-based approach to self-protection. Its mission is to bring empowerment self-defense (ESD) literacy to women all over the world.

Sidikman is one of many in the martial arts industry addressing sexual abuse in organized sports.

Though each group recommends different paths to address the problem, they all agree that education is vital to ending sexual abuse and misconduct.

Through its empowerment self-defense model, the National Women’s Martial Arts Federation (NWMAF) has taught tens of thousands of martial arts teachers to go beyond “stranger danger” self-defense instruction and address the statistically more likely intimate partner violence. (According to a Centers for Disease Control and Prevention (CDC) study released in 2014, 45.4 percent of victims were assaulted by people they knew.)

This summer at its member meeting in Naperville, Ill., the federation is expected to vote on adding bullying, sexual harassment, and sexual abuse policies to its bylaws.

George Schorn, chair of the NWMAF, said that the board of directors “has been working to move the NWMAF forward with a more explicit focus on this issue.”

The proposed bylaw changes include a statement that the “NWMAF shall advocate for best practices in martial arts, self-defense, and healing arts programs in order to provide a safe, inclusive, and supportive training environment for every student.”

Schorn said that the federation is also working on a policy regarding conduct and reporting that will expand on the “safe, inclusive, and supportive” part of that statement.

“What this amounts to is an elevation of the standards already articulated in our self-defense policies,” she said. “These expectations about personal space, physical contact, refusal, and permission are integral training elements for the vast majority of the NWMAF membership, but they should be stated forcefully within the context of martial arts training and instruction, not just self-defense.”

The federation has specific policies addressing girls and teens at its annual camp, Schorn said, “and of course we run background checks on all instructors we hire for camp.”

“Our education programs for instructors currently rest primarily within the self-defense program,” she said. “There is also a great deal of formal and informal instructor mentoring within the NWMAF, and student-teacher boundaries are often addressed explicitly in the training policies of member schools.”

However, Schorn noted that given the federation’s small membership and limited resources, it “hasn’t developed a formal training program for this specific problem.”

“If I were to offer one piece of advice about safe training environments, it would be this: Shame and secrecy have no place in an appropriate training environment. If an instructor or fellow student uses shame to ‘teach,’ to manipulate, or to maintain/enhance their status, they are abusing the power of their position. If they demand, plead for, or tacitly encourage secrecy around any element of training, from relationships to words to physical actions, they are not worthy of trust. If you ever feel reluctant to talk about what is happening in your training, you need to leave and figure out what the problem is, from outside the unsafe environment.”

Frank Silverman, executive director of the Martial Arts Industry Association (MAIA), said the association advises its member schools to follow CDC guidelines for preventing child abuse, and directs them to download guidelines cited in a 2014 MASuccess article, “Keeping Our Children Safe: Protecting Against Pedophilia in the Martial Arts School.”

Professional boundaries are non-negotiable, according to Dr. Salter, and every school should have a policy prohibiting dating between instructors and students.

“[Employees] should find people to date outside of the school. I have seen guys in prison for having sex with 15-year-olds,” she said. “If you get an impressionable high school freshman or sophomore in your class, the instructor is in a position of authority. So I would fire them if they were looking for dates within my school.”

Once safety precautions and boundaries are clearly stated, it’s vital to create a safe atmosphere in which students can talk about when they don’t feel safe.

“You must tell (students) that if they are uncomfortable with a coach for any reason, they must tell someone about it,” Salter advised.

“We encourage owners to have updated background checks on all instructors,” Graden said. “It’s inexpensive and we provide a vendor link to make it easier.”

“We suggest that schools implement and enforce a strict ‘no dating students or parents’ rule,” he said.

And when traveling, Graden added, it’s even more important for strict protocols.

“Some schools take students to tournaments,” he said. “Everyone sleeps in one hotel room with sleeping bags on the floor. This is a really bad idea in today’s environment.”

Background checks are required every three years or when promotions are processed for members of the U.S. Ju Jitsu Federation (USJJF), according to the group’s president, Bruce Bethers.

USJJF protocols bar teachers or volunteers from the mat who have been found guilty of any sex offense—regardless of the amount of time since the offense.

Representatives of the International Brazilian Jiu Jitsu Federation did not respond for comment.

Sidikman has been working with people of all ages, ethnicities, religions, and physical capabilities since co-founding El HaLev (“to the heart”) in Jerusalem in 2003. Since its founding, El HaLev has trained more than 50,000 women, teens, children, seniors, and people with special needs to defend themselves against sexual, physical, and verbal assault.

Sidikman has been following the sexual abuse scandals in Olympic sports. She believes her program can help keep athletes safe.

“(The U.S. Center for) SafeSport and USA Taekwondo could possibly be allies for supercharging empowerment self-defense all over the world, but we all have to be on the same page.”

Her challenge: “Find out what page and get on it.”

“If we unite in our message and make sure we’re aligned with each other, then we can make a difference,” Sidikman said.

At its core, the ESD program works to help women around the world prevent, interrupt, respond to, and heal from violence.

Another camp is scheduled for August, and the goal is to have a minimum of 10 different countries represented.

How does Sidikman find these like-minded instructors? A 100-plus online assessment questionnaire helps the group find instructors who are aligned with ESD Global’s empowerment self-defense mission.

ESD Global is pushing hard to get buy-in to set up systems to keep kids safe, Sidikman said.

“Any organization that’s not willing to implement (safety protocols)—there’s something wrong with that,” she said. “We can’t stop everything, but we can certainly make (abuse) harder to happen.”

Sidikman wants to help empower survivors of abuse to talk about their experience in order to prevent future abuse.

“The more the predators understand that people are going to talk, they’ll be less likely (to victimize).”

Prevention through education is the solution to flipping the script, she believes.

“No one is speaking up for those who don’t want to be survivors,” Sidikman said. “We want to give (athletes) tools to deal with violence as it happens.”

Sikidman admits that tackling sexual abuse and misconduct in sports is a daunting task, but she sees progress being made.

“I believe that in my lifetime, we will see the needle move in violence against women,” she said. 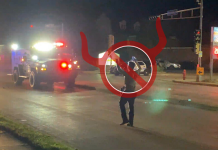