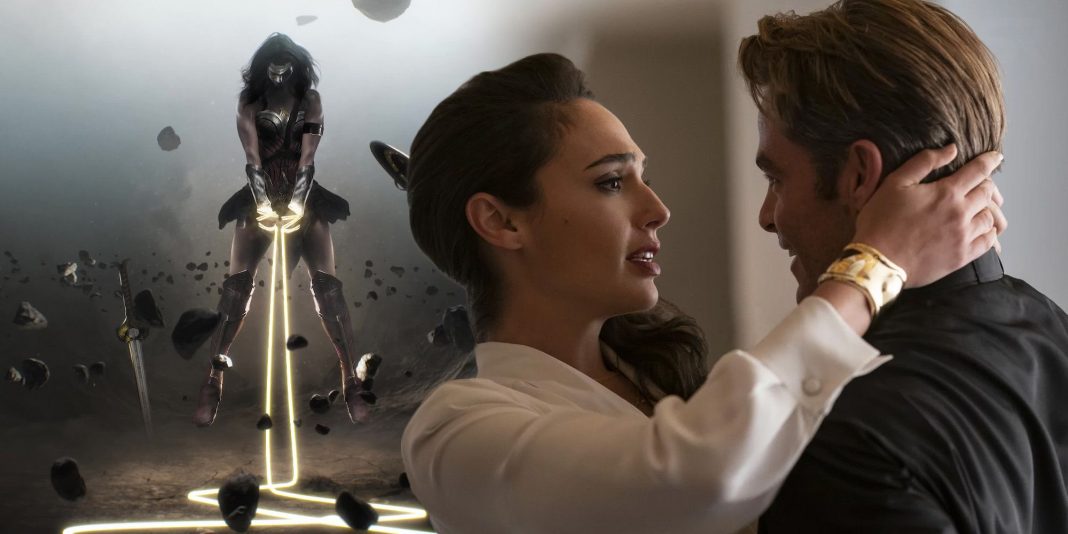 There are at least a dozen reasons why nobody should write this article, so we’re going to lead with a couple of those here because editorially, it’s important to ensure that any subtext of this piece becomes actual text instead. And also important is the fact that I, personally, didn’t want to write this either.

Then again, after sitting on it for six months after the movie was released now, it seems like nobody else did. So here we are.

Without delving too far into the subject and derailing the whole piece, let us just identify the obvious: social media incentivizes people to find problems with things and stir up outrage. Thoughtful, earnest, and reasonable takes on any particular subject get fractions of the engagement of those that are controversial, contentious, and most typically, in bad faith. This effect is so pronounced people desperate for attention—any attention—make their whole presence revolve around making themselves look like idiots just go gain a following.

There’s so much noise in the media landscape that people desperate to be heard over it scrape the bottom of the barrel for a take on something that will be unique, or at least relatively novel.

This, as the saying goes, ain’t that, but it can easily be interpted as such. So if you want to complain in the comments section about it, we already see your point. Keep reading though to see ours.

(Yeah, we have our own platform here and have more than just occasionally dropped an F-bomb or two, but it still feels like a bad thing to put it in a large header font. If this bothers you, you can fuck off too.)

What the hell is an incel? you ask? Well for the purposes of this article we’re just lumping every associated garbage person under that label. This includes MRAs, denizens of the “Manosphere”, and any other expression of radical misogyny. Whether or not they are actually involuntarily celibate, there’s a strong case to be made that they should be.

Nonetheless, this is one of those kind of pieces of content that holds the potential for being picked up and run with by these losers as an example of something that validates their little-dick energy bullshit. The core of this piece, although made in good faith to identify a genuine disparity, is very similar to some of the arguments these chest-thumping beta chimps use in their virtual drum circles to drown out the tiny voices inside their heads shouting in vain that that their lack of hygiene and failure to develop actual personalities are the real reasons for their problems.

Enough Equivocating, Let’s Do This

Since actual success in getting clicks on the Internet depends largely on confirming biases and appealing to tribal narratives, we have now whittled down our potential audience to about five people, not including the author, who still doesn’t want to be writing this.

What’s sad is that there was nothing about the magical plot device that demanded Steve Trevor be brought back from the dead into another dude’s body. This whole icky aspect of the story could have been avoided if they’d just had him appear out of nowhere like the extra nuclear missiles the President wished for did—unless those were just ordinary missiles with the spirit of nuclear missiles occupying them.

Failing this, if somehow the laws of WW comic cannon demanded the rock only bring back dead people Quantum Leap style, the entire production team and anyone involved with the light-breeze brainstorming session that resulted in a this then missed what could have been a genuine teaching moment about consent.

A genuinely heroic version of the story would be one in which—recognizing Steve is just a passenger while Mr. Overly Photogenic Engineer’s consciousness is Zeus-knows-where (Hades?)—the two keep it PG because that’s the right thing to do. But nah, Diana needed to get her fuck on, apparently.

The question at the heart of this that we really didn’t want to ask, going back to that paragraph about Incels and their smelly ilk, is a crude and thoroughly uncomfortable counterfactual so we’ll try to soften it up a bit with juvenile language.

None of those plots would have made it out of any writer’s room with a woman at the table, but somehow this one did? Yes, this is where the minute hand stopped on the broken clock of the manosphere, and the fact that we’ve tripped over it on this topic is annoying the crap out of us. Nonetheless, refusing to acknowledge when even the worst people you know are right about something makes it about those terrible people more than the facts, and by extension makes you almost just as terrible.

It goes without saying that there is a clear double standard at play here.

If you’re still reading at this point, bless you.

The screenwriter, director, and producers of Wonder Woman 84 were apparently so committed to the 80’s aesthetic and nostalgia that they paid homage to all the other sexual assault in films from that period.

1984’s Revenge of the Nerds, for example, perhaps the most iconic comedy film of that year, featured a scene where one of the titular nerds dresses up in the same costume as the rival jock character and has sex with his girlfriend who assumes it’s the jock. She is only momentarily distressed on finding out it wasn’t the person she thought she was having sex with, because, according to the text of the film, the nerd was really good at sex… somehow.

“But wait”, you say indignantly, “Revenge of the Nerds wasn’t the most iconic comedy film of 1984”. Okay, then how about Police Academy, in which the main character pays a prostitute to hide in a podium and ambush-fellate the commander of the academy while he’s giving a speech, then pretends to have done it himself⚊in an effort to get kicked out.

Yes, yes, comedy ages poorly. This article isn’t about that so take it to the forums. This is about consent which is completely absent from all three of these films. See, when Diana, Princess of Themyscira, daughter of Zeus, bones her dead boyfriend in WW84, she’s not having sex with his body. She’s having sex with the body of the dude he’s been magically inhabiting. Instead of just bringing the character back from the dead body and all, which would have eliminated this teeny little problem, they inexplicably had him occupy another man’s body who was unconscious; also without his consent.

We endeavored to get an actual philosopher to weigh in on this, but the one we asked laughed at us and it felt icky to keep pushing for comments after that. Lois Pineau can be arguably credited the most notable take on the subject, clearly laying out the parameters for affirmative consent by all parties involved; none of which was present in any of these films. Her take came in at the end of the 1980’s, so one can make a good faith argument that while films like Revenge of the Nerds and Police Academy were products of their time, one cannot make that argument about a movie that came out in 2020.

What is supremely baffling here is that there is really no justification for why the creative team of WW84 made this a part of the film’s plot. And yet everyone seems to be okay with it, in a social climate where every frothing outrage-monger and fringe topic crusader has endless incentives to concoct things to be indignant about. But on this perplexing issue it’s just background noise. Yes, the character herself has a deep and complicated history as both an icon of feminism and an object of fetishization. And we’d be remiss if we didn’t reference this. But unless someone is actually going to make the argument that this is some kind of turning the tables thing, which thankfully nobody in their right mind seems to have done in the 6 months since the film was released, frankly, who gives a shit?

WW84 is a terrible movie for about a million reasons, but the people who enjoyed it without reservation are themselves terrible, for this one.