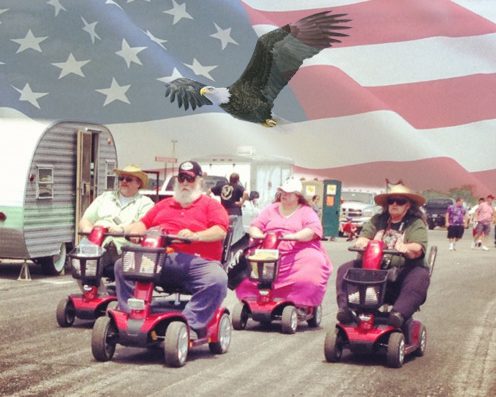 The United States continues to lead the world in obesity, but everyone else seems hell bent on catching up. In a study funded by the Bill and Melinda Gates foundation and published in the prestigious medical journal The Lancet, nearly a third of the world is now overweight or obese. 13% of the world’s obese persons live within the United States, while China and India combined represent another 15%.

The study’s interpretation is grim (emphasis ours):

Because of the established health risks and substantial increases in prevalence, obesity has become a major global health challenge. Not only is obesity increasing, but no national success stories have been reported in the past 33 years. Urgent global action and leadership is needed to help countries to more effectively intervene.

An overwhelming amount of evidence now suggests that increased levels of dietary sugar are to blame for the obesity epidemic. But this is still considered controversial by some, including–at no surprise to anyone–the sugar industry and studies funded by it.

The graph above is from Neurobiologist and food blogger Stephan Guyenet, whose tongue-in-cheek analysis predicts that based on this information that by 2606 the US Diet will be 100 Percent Sugar. While that’s obviously a deliberate stretch, it helps illustrate the point that we’re being subjected to an onslaught of sweetness, and not the kind involving cuteness and rainbows (except when used in advertising targeted at children).

Think of the Children

Without adjusting for children, the world’s obese population is higher, at 37%. But what’s worrisome is the fact that between 1980 and 2013, childhood obesity has increased 50%, with upwards of a quarter of children and adolescents in developed nations being categorized as overweight or obese.

And while a variety of factors combine to exacerbate the problem, children are still the targets of highly tuned marketing campaigns geared at selling sugary foods.

This is a highly detailed breakdown of the relevant information from the study:

An infographic, created by The Institute for Health Metrics and Evaluation: