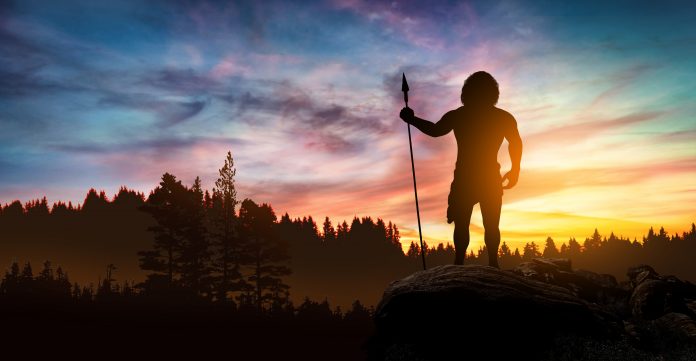 How fast can the human mind adapt to major changes in society?

Consider this for a second: a small box in your pocket can access the bulk of human knowledge. It all arrives silently, invisibly, instantly. Movies and TV shows and recordings going back a hundred years are being experienced for the first time by people born long after the artists have died. None of this was real 50 years ago. What will be real 50 years from now? What about 5?

Here’s a rough timeline for perspective:

50 years ago the internet was born.

250 years ago the industrial age was just beginning.

And, as far as we know at the moment, about 6,750 years ago civilization was born in the Fertile Crescent between the Tigris and Euphrates Rivers.

Each of these cultural shifts resulted in dramatic changes in the day to day lives of most people on the planet, and the scale is logarithmic, not linear.

The cultural angst generated by the transition from an agrarian economy to industrial produced wondrous works of art, literature and music, as well as releasing new horrors into the world in the form of modern warfare. Novels like The Metamorphosis by Kafka, or art like Picasso’s Guernica is indicative of the strain placed upon the human psyche after we left the agrarian age behind us in such an abrupt manner.

In short order after the creation of the Internet in the late 1960s, the Information Age to metastasized into a full-blown culture of its own, resulting in much wider gaps between generations than ever seen in our history. Think of the difference between the “Boomers” and the “Zoomers”, the worlds they grew up or are growing up in, and what they looked/look like. Is it any wonder why large portions of the media are devoted to highlighting and cashing in on the schisms between them? Why, for a few years running all you heard about from some outlets was how Millennials are on a cultural killing spree.

Clearly we are ill-equipped to cope with societal change at such a breakneck pace and the effects of this can be seen in all sorts of social strife, much worse than petty squabbles about avocado toast.

The human race simply has not had enough time to adapt to the new cognitive environment and lacks sufficient tools to defend ourselves from misinformation mixed into our information. Confirmation bias, false narratives, cherry-picking, echo chambers, algorithm-personalized news content, and worst of all, tribalism; all exist as failed strategies to avoid facing discomfort.

Yet again, a decade ago, no one sat in waiting rooms with their faces folded to their phones. Nobody sought out the comfort and safety of their own custom-tailored reality.

If our ancestors had chosen to hunker down in their (naturally) temperature-controlled caves swapping stories that made them feel good about themselves rather than confront the harsh realities of the world head-on, we wouldn’t be here today. And if you, reading this, don’t crawl out of your cave, it’s likely you won’t have any descendants to look back on your legacy and be grateful for your willingness to do the same.

Instead of burrowing further into the comfort of confirmation bias, take time to pursue offline activities, especially those that help people you care about. If you don’t have anyone that fits that description, find people that do. Join groups based on causes that matter to you. Take up the struggle against some injustice in the real world where there are no hashtags to signal your virture, based on the actual virtues of your personal moral code.

If we’re going to make it as a species, it seems as if we’ll need to devote time to more than staring at our own navels, or rather, the little boxes we hold in front of them while lying on our backs in the kind of comfort our ancestors couldn’t have imagined and would probably revile us for languishing in.

On Remaining Unbiased in the Age of Bullshit

You Are A Badass