In 2009, at a party, Paul Saucido sexually assaulted a woman who was passed out in a bathroom. He then followed her home and assaulted her again, according to the arrest statement. He plead guilty to avoid felony charges and was given four years probation with fourteen years on the sex offender registry:

“The woman drank too much, an arrest affidavit says, and blacked out in the bathroom after getting sick. She awoke in the bathroom to find Saucido raping her, she told police, and she screamed in pain before blacking out again…

…On police request, the victim agreed to a recorded phone call to Saucido, during which she asked him about the assault, the affidavit says. The papers say Saucido told her during the call that while the incident was happening, he thought to himself, “I don’t know what … I’m doing. I need to sober up.”

Saucido, a local celebrity in Austin, Texas, until very recently taught Brazilian Jiujitsu at Austin Zen Fit. Public pressure over the recent revelations of his criminal record seem to have resulted in him no longer working there. And until he resurfaces to teach women at some other unsuspecting school, the question becomes about the credentials he’d use to get the job.

Unlike other professions, a Martial Arts Instructor has no formal requirements for opening or teaching at a school. There’s no license required beyond those standard for doing routine business. There’s no accrediting body or commission. There’s only the belt rank – publicly understood as the most important qualifier of someone’s skills to both perform and teach the style for which the belt was awarded.

Previous belt ranks were granted to Saucido by 8th degree black belt Rigan Machado, considered a legend by many in the Brazilian Jiujitsu world. In 2013, once word of Saucido’s conviction became known, Machado disavowed all connections with him:

And yet, in 2014 they’re posing for selfies together: 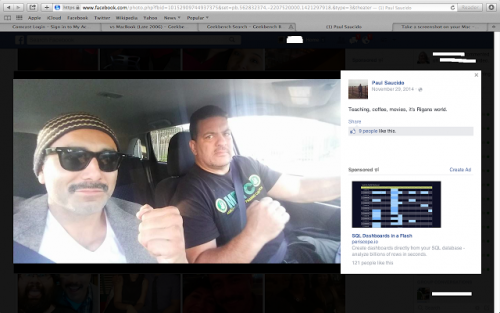 And then, Saucido wearing a black belt, having “gotten his butt kicked” by Rigan:

It won’t need to be explained to people who do martial arts, but for the sake of those who follow Bullshido for our work on other subjects such as fitness, health, and science; we’ll point out that it’s extremely unlikely for a practitioner of a style to be promoted up to the rank before black belt and then switch lineages to obtain the next rank, only to maintain the association with his former instructor and lineage. 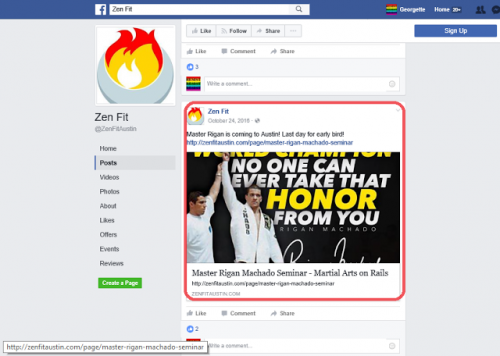 So the questions remain: if Rigan Machado did not grant convicted sex offender Paul Saucido a black belt, who did? And in a broader sense, does credentialing someone as a black belt in your system endorse that person’s character, or simply their skills?

Do instructors who earn their living teaching students the skills to fight off criminals and predators, have any responsibility to protect the community at large from predators in their own ranks?