Mark Zuckerberg might not be everyone’s definition of a hero, but he certainly weathered a storm of morons this past week as he shared a picture of his child on his feed with the caption “Doctor’s visit — time for vaccines!”.

“Anti-vaxxers” are virulent on social media where the proliferation of conspiracy theories, misinformation, and science-hostile bullshit abounds. And what better target for their irrationality than one of the founders of the largest social media platform on the Internet? 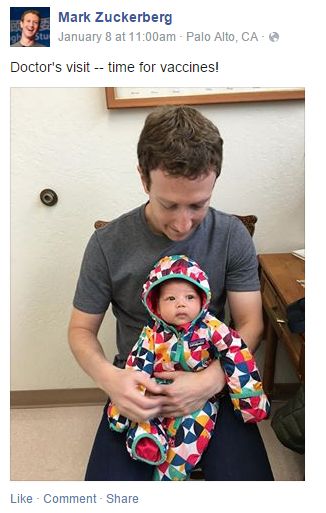 Examples of the stupidity: 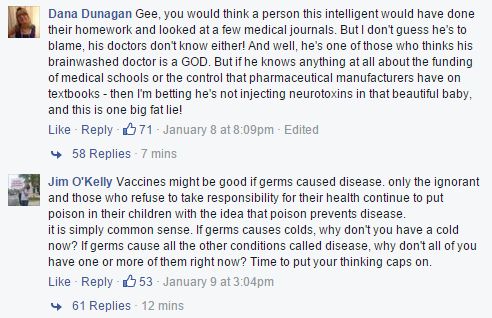 In what can only be described as a glimmer of hope for the Human race, the anti-vaxxers were drowned out by rational people, and the bulk of the comments on his post mostly reflect contempt for those views, or congratulate Zuckerberg on his choice to vaccinate.

The best comment though, goes to Carlos Muñoz, who pointed out the absurdity of the whole thing:

It’s kinda sad that we now live in a world in which we congratulate people for vaccinating their kids. Look at how far we have regressed due to science illiteracy.