Much ado has been made regarding the Department of Justice intervening on President Trump’s behalf in E. Jean Carroll’s defamation lawsuit against them. Almost all of these takes paint the picture of President Trump being accused of rape and the Department of Justice—in an unprecedented and shocking turn of events—is utilizing taxpayer money to defend the President of rape. Gosh, that sounds really bad, doesn’t it?

Yet it’s almost entirely BS. Now regardless of your opinions of the President, he is still entitled to fair and accurate reporting and due process under the law. He, nor anyone, should ever rise above the law or fall below its guarantees and protections. So, let’s dive in and discuss what is actually happening here.

In 2019, Ms. Carroll, alleged that in the 1990s, Donald Trump sexually assaulted her. President Trump responded to these allegations calling her a liar and accusing her of consorting with Democrats or making up a rape allegation to sell books. He made these comments during statements he made to the press during interviews and the like. These interviews were widely publicized. In response, Ms. Carroll filed a lawsuit alleging that these statements were defamatory.

Now, the Department of Justice has a statutory obligation to defend any federal employee who is sued for a cause of action arising under the Federal Tort Claims Act (“FTCA”) while that employee acts within the scope of their official duties. You can read the FTCA here if you’d like but I gotta warn you it is dry and boring.

Wow, okay, that was a lot of legalese. Let’s break it down. The general rule is, because of sovereign immunity, the “government” (and its employees acting within the scope of their official duties) is immune from lawsuit. The government can be sued when it expressly waives its sovereign immunity. The federal government has waived their sovereign immunity for certain lawsuits in the Federal Tort Claims Act. One of the lawsuits it may have waived its immunity for is defamation. (Okay, someone on twitter pointed out that there is an exception to the general FTCA waiver of sovereign immunity for torts like libel and defamation. That is a great point but the nuance and technical specifics of how the potential suit may go forward and the differing outcomes that may occur would be long enough for its own article. Unfortunately, I just don’t have the space here to delve into it. Thanks for pointing that out, @ProvitaSua)

The DOJ hasn’t invented this position out of whole-cloth just to protect President Trump, however. In 2005, they intervened on behalf of then-Congressman Cass Sallenger when he was sued by the Council of American-Islamic Relations for defamatory statements he made in a personal interview. The D.C. Circuit Court of Appeals agreed that a sitting congressman giving an interview is acting in his official capacity even if he talks about unofficial matters. Thus, because Sallenger made those defamatory statements within the scope of his employment he was entitled to have the Department of Justice defend him. If Sallenger was acting within the scope of his employment, then so was President Trump according to the D.C. Circuit’s opinion.

But oh hey ANOTHER wrench—whether someone is acting within the scope of their employment is a matter of STATE law. In short, each state has similar, yet slightly differing rules about whether someone within its borders is acting within the scope of their employment. Federal law says that courts must apply the state law in which the action arose. Here, that means New York’s scope of employment laws. In the Sallenger case, the D.C. Circuit applied the District of Columbia’s scope of employment laws. So, it is very possible that this case may turn out differently than the Sallenger case because of a distinction between DC’s rules and New York’s rules.

Regardless, this action by the Department of Justice is only remarkable because it happens so infrequently. It happens so infrequently because politicians generally have the good sense not to make defamatory statements to the press so there is rarely occasion for it to occur. It is also possible to disagree, reasonably, on whether these statements were made in the President’s official capacity — that’s why courts exist.

On a personal level, I did not vote for then-Candidate Trump and I will certainly not vote for President Trump. My deep, deep disdain for his character, his policies, or his competency for office is certainly not something I try and hide. But this is Bullshido and our mission is to call out bullshit and provide people the high quality, factual information necessary for critical thinking to occur.

And man, has there be a lot of BS posted about this turn of events.

BS doesn’t stop being BS just because the subject of it is someone I may find distasteful. As the “show your values” advocate, I would forever feel like a hypocrite if I slithered away from calling out obvious and blatant BS just because it dunked on someone I don’t support. 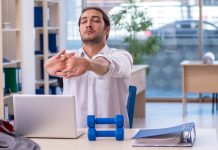 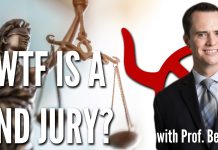 19 WTF is a Grand Jury? With Prof. Ben McJunkin 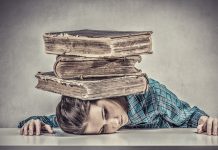 The Bar Exam is BS 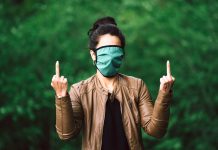