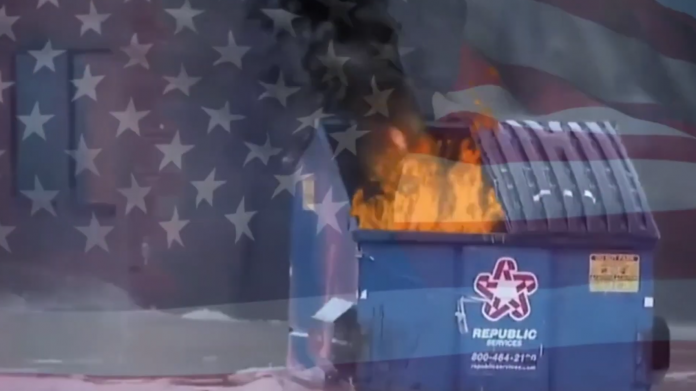 Let me get straight to the inevitable point of this piece. The first Presidential debate of the 2020 election cycle was an unsalvageable mess that managed to completely devalue the words “presidential” and “debate” at the same time. Debates, by their very definition, are an exchange of ideas structured around two opposing contestants. In the case of a presidential debate, the contestants are there to represent their candidacies in opposition to each other so the viewing public can decide which presents a more compelling prospect.

In practice, what we have come to expect is a televised contest to see which contestant offers the most delectable sound bites and/or commits the most/least egregious gaffes and faux pas. It is a far cry from Socrates vs. Plato on its best day, though the electorate usually gets some sort of policy or platform information delivered in an environment where it can be challenged.

What we got this time was…

I don’t know what it was. It was not a debate in any real sense of the word.

This is a question with many answers. Not because it is a conundrum complex and nuanced, but because virtually nothing went right. The most critical failure, and the one from which the entire dumpster fire spawned, was that one person entered the arena with no intention of debating at all. Rhetorical combat only has value when the combatants agree to present their case while letting the other side do the same. Without an equitable format and the honest participation of the debaters, the debate has no value. It’s just two dogs barking at each other across a fence.

Since time immemorial, debates have been built around structures and formats that facilitate the fair exchange of ideas between the participants. For this presidential debate, candidates were allotted two minutes of uninterrupted response time for each question. A period of open discussion would follow the answer period whereupon those responses could be dissected and vivisected in a less structured manner. It is not a new or uncommon format and many debates have employed versions of it in the past. Both candidates agreed to this format in writing prior to the start.

The reasons for employing this system seem obvious. It allows for two vastly different forms of idea exchange while challenging each debater to defend the presented ideas from the other in real time. Prepared answers and talking points are necessary for concise messaging, but at some point, the debater will have to defend those without help from a script or cue cards.

On paper, it was a fair compromise that allowed each candidate some chances to do what they do best. Biden performs very poorly when he is speaking extemporaneously but seems to do fine when he has a script to work from. Two minutes to answer a question with his prepared remarks favors his method and gives him the chance to speak to his platform clearly. Open discussion (whatever that was supposed to mean) gives Trump the opportunity to work his and his opponent’s positions over in an unstructured way that seems to speak to his supporters. Both parties agreed to the rules.

The problem with having rules without rule enforcers is that they rely upon the will of the participants to follow them. We all know what happened next. Any and all adherence to this format was abandoned after the first question. Trump simply could not let Biden have his two minutes of uninterrupted answer time. This failure rests almost entirely on Donald Trump, as well. Biden certainly interrupted Trump’s allotted response time more than once, but the best current count of allotted time interruptions is from Slate.com who scores 51 interruptions from Biden against Trump’s 128. Most of Biden’s infractions occurred well after it had become clear that no one was going to follow or enforce these rules in any capacity. All this means is that Trump was successful in pulling Biden down to his level for at least a little bit. What no one can deny is that the debate ceased to be a debate. The collapse of discourse came early, snowballed fast, and remained stubbornly unrecoverable.

Which brings us to the moderator, Chris Wallace. Did he do a bad job? It’s hard to say, because without a cattle prod, squirt gun, or sharp stick, it is not clear that any moderator could have stopped Trump from running roughshod over the debate format. Joe Rogan recommended that the next debate should be moderated by UFC veteran referee “Big” John MCCarthy and I’m embarrassed to say that the idea is starting to sound like it has merit. More than once, Wallace had to remind Trump that he was the moderator and that you were supposed to let the moderator finish the question before talking. At one point Wallace actually said to Trump, “You’re debating him (indicating Biden), not me. Let me ask my question.” At least 25 times Wallace reminded Trump of the debate rules and that Trump had agreed to them. The debate was only 90 minutes long. That is one reminder every 3.6 minutes.

Nothing worked, as we all saw. Once the format of the debate, and let’s be honest, the concept of a debate had been abandoned, there was nowhere to go but down. Trump quickly moved on offense, capitalizing on a clearly rattled Biden’s attempts to do, well, anything.  Biden soon fell into the trap of ad hominem, referring to Trump as a “clown” at one point. The real breaking point came when after yet another interruption of his allotted two-minute answer time, the obviously frustrated Biden implored, “Will you just shut up, man?”

Trump did not shut up. More concerning to the moderator and concerned voters, it appeared as if he could not shut up.  The most basic levels of impulse control were nowhere to be found in Trump’s performance. His attack was relentless, overwhelming, and immune to anything resembling self-awareness. Both Biden and Wallace were powerless to control Trump’s need to dominate 100% of the stage and airtime. His interruptions were rarely salient criticisms, either. He made childish quips, exaggerated sighs, or tried to change the question that had been asked. Author and psychologist Joshua Coleman commented in an interview with The Atlantic that Trump’s constant interrupting “demonstrates a disinterest in responding to what is being said” and is “more an act of domination than healthy dialogue.” Therapist and marriage counselor Ian Kerner remarked, “Biden turning away from Trump to speak to the American people reminded me of when patients turn to me because they can no longer converse with their partner.”

None of what went on in that debate constituted an exchange of ideas or the examination of political positions. Trump deliberately sabotaged any chance of interesting dialog by preventing dialog from occurring whenever it was not him that was talking.

This was on-brand for Trump, however, and his core followers seemed to feel this constituted a victory. There is something to be said for that. Depending on how one defines victory, Trump may have won that debate simply by behaving the way his fans want and expect him too. His irreverence for political theater and the proclivity towards being a showman are a big part of what his base finds appealing. A more dignified, more respectful Donald Trump may have been worse for his campaign than the one we saw during the debate. That would be a significant departure from the Donald Trump that got elected last time around.

For his part, Biden never really got a word in edgewise or otherwise. Tactically speaking, bulldozing a candidate characterized as “Sleepy Joe” may have been an inspired bit of strategy. If Joe had been befuddled or shown weakness, the image of the doddering old man might have been further cemented in the minds of those watching. This put Biden in a precarious place. If he descends into the muck with Trump, he risks losing to Trump’s superior skills in the arena of being a jerk. If he tries to stay above the fray, he looks weak or scared. Biden elected a third option, which is to dip one toe into the mud while clinging to the podium with as much dignity as he could salvage. As has become a common refrain with American politics, this merely served to highlight that the Democratic candidate is only “better” than the Republican candidate because the republican candidate is “worse.” One can switch the positions of the parties in that statement at will without changing any salient facts, and that should make you sad.

By the time the house lights came up at Case Western University, the American people had been served what can only be described as a disaster of a presidential debate. In truth, no one in good conscience could call what happened a “debate” with a straight face. It was a schoolyard shouting match between a bully and jock over which one should get to date the prettiest cheerleader. There were no winners in the debate, only losers. The American people being the ones to lose the most.

Objectively speaking, further debates are in real danger. If debates are going to have any value to the electorate, then some enforcement of the rules will be necessary. Otherwise, I can just watch my children argue over the last red popsicle for ninety minutes and get the same experience. Modern technology offers us numerous solutions to the problem of someone incapable of shutting up for 120 seconds while someone else is answering a question. Then after the time is up, cut ‘em loose on each other and see what happens. It is not a complicated process.

Locking candidates into a soundproof booth and shutting off their microphones should not be necessary. Unfortunately, it may very well be our new reality. Whether it is shrewd strategy or pathological assholery, trying to debate with Donald Trump is like playing chess with a pigeon. No matter what you do, the bird is just going to knock all the pieces over, crap on the board, and then strut around like it won anyway. If we cannot get a real debate out of a candidate, there is no reason to have a debate at all. Furthermore, if you watched that debate and feel like your candidate “won,” I recommend you drink a tall glass of good bourbon and then punch yourself in the face until either that feeling passes or you die. The future of our republic may depend upon which one occurs first. 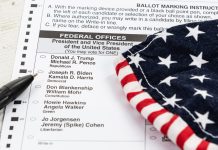 The US Presidential Election and Viral Conspiracies: Your No-BS Guide to a Whole lot of BS. 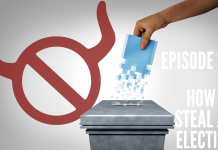 15 How to Steal an Election

US Rep. Asks NASA if Mars Had Ancient Civilizations