After extensive research backed by longitudinal meta-analysis and careful cross-sectional population sampling, a team of academics and scientists have recently published a groundbreaking study that concludes with the rather surprising discovery that you’re not going to read this article regardless of what it proves because you’ve made up your own mind and facts don’t matter and fuck you.

The study goes on to demonstrate that there’s a significant chance (p <0.05) that even I didn’t read this article I just posted in support of my argument, neither of us understands statistics, and that within μ+3 replies one of us is going to resort to calling the other a “libtard” or a “fascist” depending on our respective ideologies. 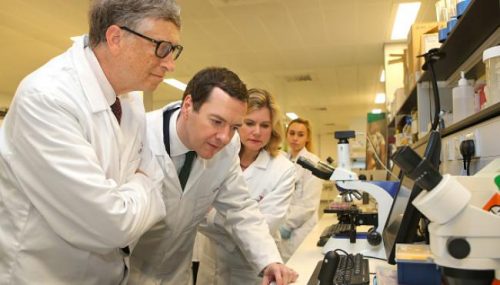 Pictured: smart people working very hard to discover information you won’t give a shit about unless it supports what you already believe.

So since the content of this article which totally proves me right doesn’t matter either way, here’s a recipe for the world’s greatest goddamn chili:

2 lbs bacon (your preference, but not sweetened/maple) 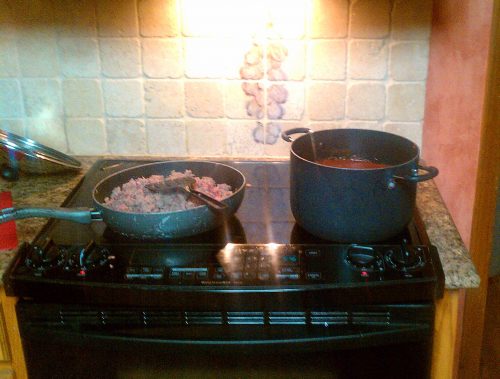 Feel free to sample the uncooked sausage if you’re a Natural News reader.

Into a large gumbo pot, dump the entire goddamn gallon of salsa and let it simmer. Is simmer the right word for letting it warm up slowly? I dunno, this is the first time I’ve written an actual recipe. Who gives a shit, really?

Cook the meats, and dump them all into the pot as you’re done. Brown the sausage like ground beef for cheap homemade tacos people who don’t live in Texas think are actual tacos, breaking it into smaller chunks with your spatula to ensure it’s fully cooked if you care about the people you’re feeding, or don’t because trichinosis is hilarious. Save about a quarter of the bacon to sprinkle on top of the chili (again, cooked or raw, depending on how much you hate people).

Season everything to taste, but Cumin should be the primary flavor unless you’re an asshole; it’s your chili now, I don’t want anything to do with it.

Once everything’s in the pot, let simmer (or WHATEVER) for a while and then stir in corn masa to thicken. This is the key to the whole damn thing so don’t skip this step or you’re going to end up with some tomatoey bullshit. I’m not kidding. Keep adding masa until the whole thing is thick enough to eat with a fork.

These, you uncultured carpetbagging Californian… Stop moving to Austin

Get your H.E.B. store-brand tortilla chips, the kind they make in-house, not the kind that come in bags like all the other, weak-ass tortilla chips non-Texans have to deal with in their tiny, pathetic lives. Eat the chili with the chips, eat it with a fork. If you add goldfish crackers to it like my ex-girlfriend did I’ll fucking dig up your ancestors and sell their bones as jewelry on Etsy or something.