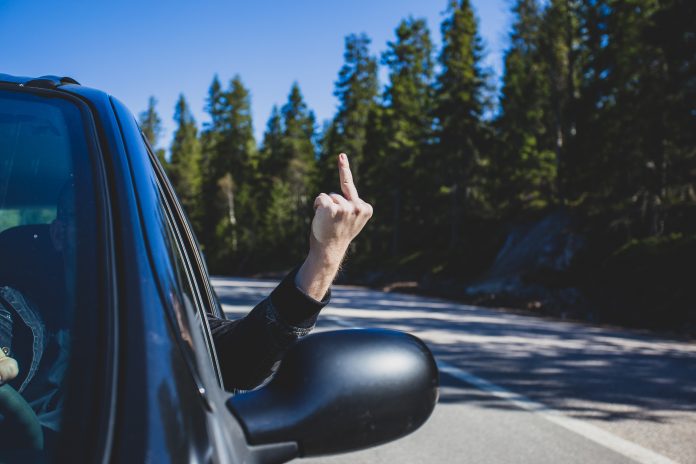 Remember that every-single-time you’ve been on the highway, cruising along, minding your own business? When, all of a sudden, out of the blue, somebody has parked a trailer with a blinking sign and a portable generator to run all night. It barks out it’s warning of danger “LANES MERGE AHEAD,” or “1 LANE AHEAD.”

Of course, because you are a nice person and responsible driver, you dutifully move into the selected “open,” lane, and immediately start cursing everyone that is flying by you in the lane that you just evacuated. They are not nice people. This is theft, we don’t do that, in America!

So, you retaliate, as I have often done. You straddle the lane lines, hoping to ward off the next incursion into your space. You’ve been waiting in line, damn it! That asshole is stealing your time!

If only those inept construction crews had bothered to warn you sooner… That sign was way too close to the merge point, and the merge too severe.

Well, dear reader, it turns out that you are wrong. Yes, that is a purposefully designed funnel. No, you should not have gotten over so early. Not only have you caused yourself heartburn, anger, and possibly dangerous road rage; you have also contributed to the undoubtedly miles-long backup, behind you.

As with all great ideas, the problem is in the implementation. And, by that, I mean that you probably don’t know that you’re supposed to be one of the assholes staying in the to-be-closed lane up the very last second. Or, if you chose to stay in the open lane, you probably don’t know that you’re supposed to let one guy in front of you from the other lane. I see the problem as one of education. A lot of us learned to drive from our parents: years of observation followed by a few scant hours of official instruction and road work.

Not to worry, though. Pretty soon, it will start to be a moving violation, punishable by fines or more. Oh, wait.

It already is, in some areas.

So, think of this as a money- and aggravation- and time-saving tip. Be the asshole.