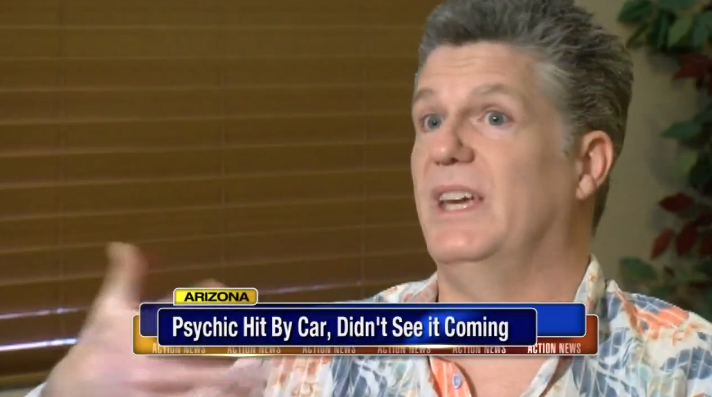 That’s it. That’s literally the article. This is one of those articles you don’t really have to click on, just like and share on social media, because, seriously… we’re not even going to proofread this fucking thing before posting it.

I mean, don’t get us wrong, this is funny as hell. But all we’ve really got here is a quote by the guy, Blair Robertson, trying to make excuses that goes: “a lot of times we can’t even read our own lives and that’s just how it works”, but that’s still not worthy of an actual click on an article. Maybe also the fact that he was temporarily pinned between the car and the wall of the restaurant, and that he was dining with a friend who is also, apparently “a psychic”.

We genuinely tried not to make the title itself all “clickbaity” and stuff, but there’s really not much else we can do. Yeah, there’s the obvious joke about the driver misunderstanding a sign that reads “Drive-through Window”, but that’s stretching our readers’ patience and we know it.

At this point we’re really just filling in paragraphs with words so you don’t feel betrayed by us or that your time was wasted. And we’re genuinely sorry for that, as sorry as a Canadian who won a duel.

Here’s a video from some news station that picked up on the story before we did. If it auto-plays, like a lot of those crappy local news channel videos do, we apologize for that too.