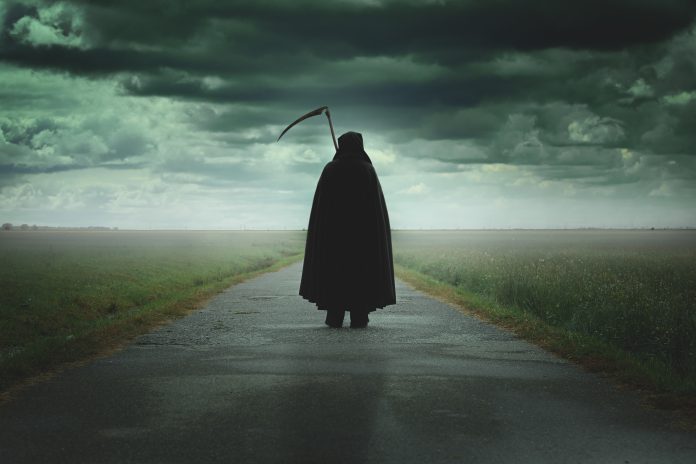 Every culture teaches its children a version of how the world works that is simplified down to a level kids can understand. But frankly, few cultures do it well, in a way that prepares their children for the harsh realities they will face as adults. And sadly, a lot of them simplify things down to such a sugary fairy tale that some children never outgrow it—going on to be demi-adults with a childish worldview.

This is, obviously, a problem.

In Terry Pratchett’s beloved fantasy novel “Hogfather”, there is a conversation between Death and his granddaughter that brushes up against the issue:

Susan: “All right,” said Susan. “I’m not stupid. You’re saying humans need… fantasies to make life bearable.”
Death: REALLY? AS IF IT WAS SOME KIND OF PINK PILL? NO. HUMANS NEED FANTASY TO BE HUMAN. TO BE THE PLACE WHERE THE FALLING ANGEL MEETS THE RISING APE.
Susan: “Tooth fairies? Hogfathers? Little—”
Death: YES. AS PRACTICE. YOU HAVE TO START OUT LEARNING TO BELIEVE THE LITTLE LIES.
Susan: “So we can believe the big ones?”
Death: YES. JUSTICE. MERCY. DUTY. THAT SORT OF THING.
Susan: “They’re not the same at all!”
Death: YOU THINK SO? THEN TAKE THE UNIVERSE AND GRIND IT DOWN TO THE FINEST POWDER AND SIEVE IT THROUGH THE FINEST SIEVE AND THEN SHOW ME ONE ATOM OF JUSTICE, ONE MOLECULE OF MERCY. AND YET — Death waved a hand. AND YET YOU ACT AS IF THERE IS SOME IDEAL ORDER IN THE WORLD, AS IF THERE IS SOME…SOME RIGHTNESS IN THE UNIVERSE BY WHICH IT MAY BE JUDGED.
Susan: “Yes, but people have got to believe that, or what’s the point—”
Death: MY POINT EXACTLY.

Pratchett’s point here is sincere and heartfelt, but comes down on the wrong side of the issue. There is an implicit, elitist smugness, even if unintentional, that accompanies the line of thinking that people can’t rationally understand the value of a thing and need to be manipulated into an irrational belief about it for their own good. It assumes that people are children, that they are mentally weak, and such weakness needs to be worked around rather than addressed directly.

It is one thing to make an informed choice that justice and fairness matter because you understand that a world without them would be nasty and brutish. It is entirely another thing to brainwash people into believing those values are woven into the fabric of the universe itself because you do not trust them to think for themselves. And this difference is important if you care about improving actual outcomes, because people who learn they don’t have to think for themselves tend to have their thinking done by those without their best interests in mind—weakness invites predators.

When you put a name to this line of thinking its nonsensical nature becomes clear to just about anyone. Of course the world isn’t a just place, of course life isn’t fair. And then you walk away and immediately go about the rest of your day operating as if it is true anyway. You mumble “what goes around comes around” when your asshole neighbor falls off his roof. You pass a homeless person on the street and shake your head at their obviously bad life choices. And when something terrible happens to someone you actually care about, you secretly wonder if “Karma” brought it upon them.

The consequences of the this mindset are clear: if you believe the world is “just”, in its very nature, you have no personal responsibility to pursue making it better. You have no duty to intervene when you see someone being assaulted in public, you do not have to care about world events, politics, or even your neighbor screaming in pain impaled on your shared fence if you don’t want to. Just turn up the TV a little bit. If people truly “get what they deserve”, by some supernatural mechanism, you can go about doing whatever you want to do without any guilt. “Everything happens for a reason”, after all, right?

The consequences of the this mindset are clear: if you believe the world is “just”, in its very nature, you have no personal responsibility to pursue making IT BETTER.

Again, this kind of thinking is the product of weak minds, and you don’t overcome weakness by ignoring it.

There are really only two responses to being under a heavy burden—whether literally with a barbell in the gym or figuratively in an adult awareness of the indifferent nature of the world: get crushed by it or get stronger. It takes mental strength to acknowledge that the world is not a “just” place, that the good often suffer while the evil prosper, and that there is no justice for anyone save for what we pursue at great expense. The childish belief that there are angels and demons shaping the outcomes of our lives must give way to the wisdom that we are our own angels and demons.

And for anyone who isn’t weak, this is a call to action.

How to Spot a BS Argument #2: Ergo Decedo