Belief in Demons is Harmful to Mental Health

With everything going on in the world today —war, terrorism, financial instability, Cheetos— why do people still bother worrying about made up boogeymen?

People who believe in demons or evil spirits are less likely to be in good mental health according to a study from Purdue University. Data from 3290 Americans was used to arrive at the conclusions, from their participation in the National Study of Youth and Religion.

The main results in our study suggest that even after controlling for benevolent beliefs (beliefs in a close, personal God), a strong belief in demons still leads to poorer mental health. Meanwhile, the demonic effect on mental health is one of the strongest among all measures of religiosity…

During childhood, we were told that demons exist and they may tempt us to do things evil. To children and even many adults, we may fear that demons are watching us from behind and attack us off guard when left alone in a dark room. To people who are burdened or dismayed with life issues, the demons-cause-my-misfortune belief might be well accepted. So are demons really that bad? Can our everyday lived experience with demons be scientifically tested? These observations, experience, and questions led me to study this topic.

Conversely, while the idea of malicious, supernatural creatures lurking around in our lives was shown to adversely affect mental health, suffering from mental health problems did not appear to lead to a greater belief in demons. The study was published in the Journal for the Scientific Study of Religion. 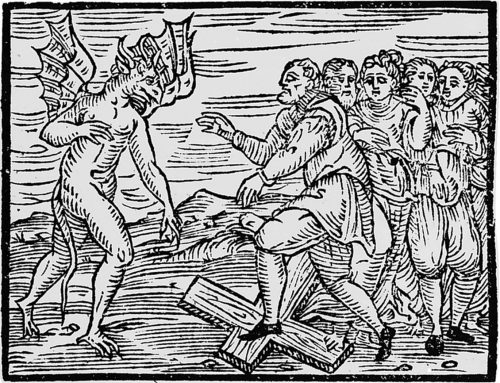