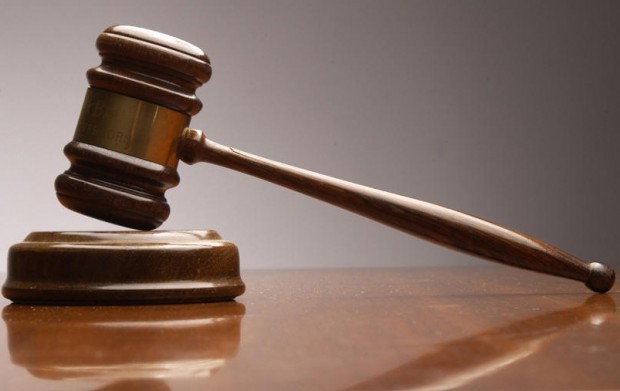 Final in a 5-part series

It’s long past time for the U.S. Olympic Committee (USOC) and USA Taekwondo (USAT) to admit that former leaders stood idly by while predator coaches abused young athletes unabated. It’s time for leaders to admit that these organizations turned their backs on the nation’s best and most vulnerable athletes when they needed protection the most—that leaders traded their safety for medals, money, and patriotic glory.

And it’s time to finally hold abusers and the leaders who enabled them criminally and financially responsible.

In the past few years, several U.S. Olympic organizations—including USAT—have been rocked by allegations that they mishandled past sexual abuse and misconduct claims. A bipartisan Congressional committee has now expanded its investigation to include all 48 Olympic governing bodies, and a public hearing is expected sometime in the next month.

“Based on information received to date, the Committee is concerned that a pervasive and systematic problem exists in Olympic sports,” the House Energy and Commerce Committee wrote recently in a letter to the USOC.

Congress, shouldn’t go easy on the 48 sports governing bodies, which have had decades to predator-proof their organizations. In fact, they’ve done too little, unconscionably allowing minor athletes to be abused by medal and championship winning coaches and adult athletes.

The “open secret” is out

The presence of abusive coaches and athletes has been an “open secret” in the U.S. Taekwondo Olympic community for about 30 years, according to multiple coaches, referees, and past and current athletes.

USAT has only recently taken a public hit amid allegations that it mishandled past abuse claims and failed to hold hearings in a timely, fair, and impartial manner.

Let’s be fair: Sexual abuse and misconduct is not just a problem within USAT, as evident by lawmakers’ call for all 48 organizations to file reports. Surf the Internet, read local newspapers, or peruse police arrest logs and you’ll find an ugly underbelly of sexual abuse and misconduct in America. From church youth pastors and school teachers to Little League coaches, anywhere there is an imbalance of power, there are those who have used their roles as mentors and trusted servants to abuse the most vulnerable.

The accusations facing USAT coaches and athletes are no different.

However, abuse has been particularly pervasive in the martial arts community due to a culture that promotes a master-student relationship, where a God-like authority figure expects respect and unwavering obedience from athletes.

Anywhere there is an imbalance of power and authority—anytime an instructor lacks boundaries and integrity—abuse can and does occur. (In 1995, my taekwondo instructor in Austin, Texas, was arrested in the sexual assault of one of his students.)

I’ve been a Taekwondo student for more than 20 years, a martial arts teacher and mentor for 17 years, and a longtime member of USAT. I’ve witnessed heartbreak and frustration again and again as the organization’s past leaders turned into enablers by not holding thorough investigations of coaches and athletes suspected of abuse—and by threatening reporting athletes—in a blatant and unapologetic effort to put money and medals over athletes’ welfare.

If you think USAT’s problems have been imagined, consider this short timeline of recent events:

Finally, though, the needle of accountability has moved.

Meanwhile, on Wednesday, the U.S. Center for SafeSport banned Jean Lopez for sexual misconduct after a year-long investigation.

Mandy Meloon, a former USAT Team member, filed a formal complaint against Jean Lopez with USAT as early as 2006, alleging that Lopez inappropriately touched her in 1997 while the two were traveling internationally for a competition. She was 16 years old. Meloon was subsequently removed from the team. In addition, former USAT Team member Heidi Gilbert said Lopez assaulted her twice, once after the Pan American Games in Ecuador in 2002 when she was 19 years old, and again a year later while the two were in Germany for the World Championships. Other women have since come forward with similar allegations.

In its suspension of Lopez, SafeSport investigators reported, “Given the number of incidents reported over a span of several years and by multiple reporting parties, most of whom have no reasonable motive to fabricate an allegation—much less multiple, distinct incidents—of misconduct, the totality of the circumstances clearly shows a recurrent pattern of behavior on the part of Jean.

“Both individually and taken in their totality, the reported incidents either constitute non-consensual sexual misconduct and/or are contrary to long-standing community standards regarding appropriate interactions between team members.”

USAT also later banned Lopez from participation in USAT-sanctioned events. Lopez has denied the allegations and is expected to appeal.

“I am relieved and excited that (Lopez) will no longer be able to coach young athletes or manipulate girls in these kinds of settings,” Gilbert told USA Today, but added that she’s still “highly disappointed” that the process to penalize Lopez took so long.

And after a string of leaders with gross integrity issues, USAT is finally being led by a fair and responsible executive director, Steve McNally. He has encouraged victims of abuse to come forward and has set hardline boundaries for coaches and athletes under investigation. This is a long overdue and much-welcomed tone—sending a clear message to victims of abuse that it’s safe to come forward.

McNally’s open, proactive presence is a welcome change, and it’s clear that he’s working hard to correct past mistakes.

Currently in the works:

“I promise you wholeheartedly we are not, and will never, hide anything from SafeSport or law enforcement while I am in charge, no matter who is involved,” McNally said last week. “We will support SafeSport, and enforce their sanctions without question—every single time, no matter who the recipient may be.”

“We are taking this very seriously, as we should,” McNally added. “There is still so much more we can and will do.”

Too little, too late?

There is much unfinished business regarding past abuse claims that were mishandled or not addressed at all, and despite McNally’s earnest efforts, trust may have been irrevocably broken.

The Lopez case was a huge test for the one-year-old SafeSport, a nonprofit tasked with combatting, bullying, hazing, harassment, and sexual abuse in organized sports. And it passed—for now.

Given that USAT’s culture of sexual abuse and misconduct has been so long-term and pervasive, many USAT members have good reason to still doubt that it or SafeSport will protect athletes once news stories of abuse dissipate.

Members also are right to be skeptical of SafeSport’s ability to impartially investigate abuse cases. SafeSport’s funding comes directly from USOC coffers—$8.3 million over the next five years, to be exact. This lack of independent funding creates an obvious conflict of interest when the USOC’s pipeline system is part of the problem.

In addition, many members are doubtful that the bipartisan Congressional committee investigating sexual abuse in organized sports will bring justice and a fair airing of grievances to the victims of abuse.

I hope they’re wrong—on all counts.

Time for an accountability

Congress needs to throw down the gauntlet on keeping athletes safe by demanding:

Though Congress can’t solve all of organized sports’ problems, it has the power to force Olympic organizations to create education and prevention solutions and enact zero-tolerance disciplinary measures to hold abusers accountable. And if SafeSport is given autonomy, it can be even more effective at keeping athletes safe.

Olympic athletes are not commodities that our country can use in exchange for medals. Our best athletes deserve respect and protection. They have the right to train at their highest levels—unimpeded by the threat of abuse.

The era of putting medals and money ahead of athletes’ safety must end, and abusers and the organizations that protect them must be held accountable.