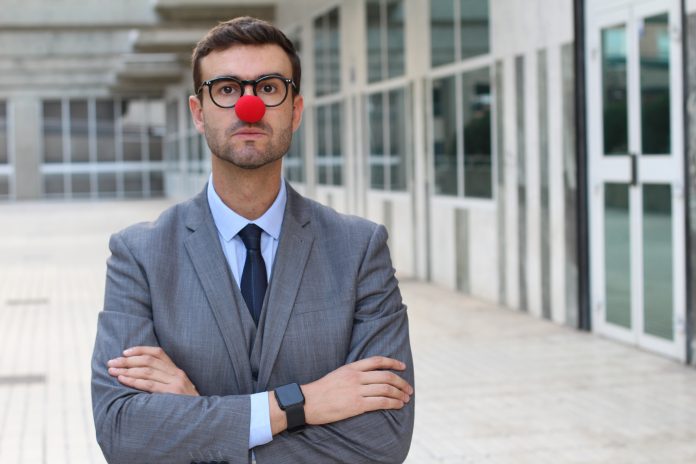 Everyone has heard some version of that well-known half-witticism warning you not to argue with idiots—whether the analogy involves wrestling with pigs or playing chess with a pigeon or some other insipid variant. Shamefully, even a few true-wits have had a take on this, such as good old Sam Clemens aka Mark Twain:

‘Never argue with stupid people, they will drag you down to their level and then beat you with experience.’

And to be fair, that’s probably good advice nine times out of ten, because ninety-nine out of one-hundred people are themselves idiots on most topics, and one-hundred out of one-hundred are idiots are on entirely too many topics—especially in our increasingly more complicated modern world.

Not to mention in Twain’s era free time was limited and you had more important things to do, such as not dying of cholera, or not dying of botulism, or not dying after getting kicked in the head by a horse outside the bank. So you probably didn’t want to waste what limited lifespan you had in ostensibly-pointless discussions with objectively-pointless people. However, that lack of free time is certainly not the case now, as partly evidenced by the fact that you’re here reading this article.

Twain’s whole shtick was an attempt to address complex moral and social issues in a way that was accessible to ordinary people of his day, and he did it better than just about anyone. That’s at the heart of the point first point we want to make here:

1. If you’re going to argue with an idiot, make sure you are also not an idiot

This should go without saying, but anyone who has spent some portion of their wealth of free time on social media should already know that’s not the case—very little goes with saying, which is the problem. The key character attribute at play here is self awareness. Know your limitations, what you have some reasonable expertise in and what you do not. You do not need to be at the top of any field to share an opinion on it, but it would help if you’ve actually traipsed across that field in your bare feet at least once to get the feel of it. In other words:

Don’t be the idiot in the argument.

This is something entirely within your sphere of control, up to and including deliberately dropping your phone in the toilet to stop yourself. Despite how desperately social media tries to prod you to inject your opinion into every discussion and then argue about it for eleventy-thousand replies-worth of free content for them, you have no social, moral, or even biological imperative compelling you to do so. If you absolutely have to chime in for whatever reason (slow day at work, etc.), ask a sincere question and then be genuinely grateful when someone provides you an answer to it, as they have taken the effort to reduce your future chances of being the idiot in the argument.

2. You Should Always Argue With an Idiot

The late Christopher Hitchens said “Sunlight is the best disinfectant” and it’s a popular phrase around here. But sometimes spot disinfection of an idea isn’t enough, and you need to use napalm to render all organic material within a square kilometer into carbon ash. Why, you ask?

Keep in mind that when you’re arguing with someone, you’re not just arguing with that person in a vacuum. You are essentially arguing with everyone in that person’s life who has any influence over them. And in the case of people who don’t like to do a lot of their own thinking, you’re arguing directly with those people and the idiot in question is just their unwitting avatar. Or, perhaps a better, albeit significantly-less polite analogy (which means it’s one I have relied on a lot in the past to explain the concept), smarter people have their hands up said person’s backside working them like a puppet.

And to be fair, it’s not even that most people don’t want to do a lot of their own thinking. It’s simply that the deck is overwhelmingly stacked against all but the most diligent and conscientious people, or those with the luxury to spend hours every day sifting through the endless piles of agenda-driven bullshit in order to have a grasp on one of a million different topics that are all pertinent to modern life. By arguing with a person in a (hopefully) temporary state of idiocy, you decrease the net quantity of idiocy in the world.

3. You don’t argue with an idiot for the idiot

This is the single-most important consideration in the entire pursuit of countering BS on social media and a lot of people who make the mistake of operating from this perspective are more prone to quit out of either simple frustration or rapid onset nihilism when it becomes evident that their best and most rational arguments are having no effect.

Your arguments might very well have no effect on the idiot you’re arguing with; in fact, you should frankly be shocked if they have any effect at all. The reason for continuing to argue with someone who has demonstrated they are immune to reason, evidence, logic, and facts has nothing to do with that person themselves. In cases like this, you don’t argue with an idiot for the benefit of the idiot, you argue for the benefit of the audience.

That’s because this is one of those “if your life can’t serve as a shining example it can at least be a dire warning” things. The usefulness of idiots isn’t limited simply to bad actors and people looking to take advantage of the easily-duped to sell unnecessary junk or win elections. People operating in good faith with a solid moral footing, in pursuit of the common good—albeit with perhaps a bit fewer hang-ups about being nice in the process—can make use of a recalcitrant, unapologetic, shameless moron in the same way a pro fighter invites the press to one of their workouts to watch them beat on a punching bag: to showcase a professional level of skill.

3a. Never argue with an idiot without an audience

Very few idiots are genuine idiots. In fact, the way we’re operationalizing “idiot” for this article isn’t necessarily a judgement of a person’s intelligence as much as it is an assessment of the quality of their interaction on a contentious topic. Indeed, many people who can be safely called “idiots” aren’t making garbage arguments because they are incapable of doing otherwise, some of them are doing it explicitly and cynically as a rhetorical tactic to frustrate you, cloud the issue, deflect from evidence that undermines their position, or simply to be an asshole for its own sake. Perhaps the best quote on this comes from Sartre.

In such cases, particularly when there is a high likelihood that you may encounter the same person again making the same garbage arguments, you might want to have a record of the previous exchanges; again, not because anything so crass as “evidence” would change their minds, but dropping such things into an argument is like a titanium rod on an orbital platform in its effect on the bystanders and leaves a smoking crater left in the other person’s credibility.

But even more important than keeping receipts to use as a strategic nuclear reserve, the practice can actually help maintain your own resilience in the face of the overwhelming amount of stupidity and other forms of oxygen theft. From the perspective of someone who has two full decades under his belt of dealing with this kind of thing, it is all too easy to slip into a nihilistic attitude, which leads to an abandonment of your own moral imperatives and personal values.

One of the things taught in US Army resilience courses is the concept of “hunting the good stuff”, and while that sounds utterly goddamn corny, it is a validated cognitive-behavioral approach to dealing with adversity; even if the adversity you are facing is just the unwashed moron horde on social media. The “good stuff” in this case, is great for your own mental well-being, albeit sometimes at the expense of someone else’s. Which, given the reason for arguing with them in the first place isn’t such a bad trade-off unless you’re just a smug, humorless deontologist (no, seriously, if you want to cure yourself of a sense of humor, read what Kant wrote on the subject).

So if you’re going to argue with idiots at the risk of your own appreciation for the human race, keep the receipts for your own gratification as well as a strategic reserve. Heck, circle back to make a highlight reel out of them if you want. Here are a few of my personal favorites from the semi-recent past. Names have not been redacted, because, frankly, fuck these people.

There are at least a full-dozen other points that could be made on this topic, from how to spot the difference between someone who is simply ignorant on a topic but otherwise harmless and someone who is willfully and maliciously ignorant, and how not to be the socially-challenged guy who whips out logical fallacies at the first opportunity as if they’re a Draw 4 UNO card while everyone else is playing Monopoly. But the title included the word “brief” so we’ll reserve those for the forthcoming book on the topic.

Social media covers up the fact that half of us are not nearly so bright as the other half and very few of us are as smart as we think we are.
Read more

Almost all coverage paints President Trump as being accused of rape and the Department of Justice as utilizing taxpayer money to defend him. That is BS.
Read more

Why internet arguments almost always become puerile shouting matches that solve nothing and are as satisfying as trying to eat a bowl of steam.
Read more

The Death-Rattle of Journalism

Journalism in the United States may have one foot in the grave—can we resurrect it?
Read more

Social media covers up the fact that half of us are not nearly so bright as the other half and very few of us are as smart as we think we are.
Read more

Almost all coverage paints President Trump as being accused of rape and the Department of Justice as utilizing taxpayer money to defend him. That is BS.
Read more

Why internet arguments almost always become puerile shouting matches that solve nothing and are as satisfying as trying to eat a bowl of steam.
Read more

The Death-Rattle of Journalism

Journalism in the United States may have one foot in the grave—can we resurrect it?
Read more